Golden Gates to an uncertain Future

With an unrevealing pseudonym, A/A, and an even more mysterious trailer, the artists duo Andreas Greiner and Armin Keplinger presents their first solo show at gallery KWADRAT. Both are successful artists by themselves, but have been working together on a number of mutual interests. One leitmotif for their collective work is a fascination for the physical processes governing our world – existentialist questions for the laws of nature.

In Golden Gates, curated by Lydia Korndörfer, they have used futuristic technology to describe water in various states, a metaphor for our flexible and boundary-dissolving modern society. Virtual reality devices, sonic levitation and 3D rendering paint a picture of technological innovation that is seemingly utopian. But hiding behind the shiny facade of new materials and techniques, progress’ destructive power waits to be unleashed.

The even texture of the work above, A / Array, only distantly resembles plummeting water. It shows an excerpt of a digitally created waterfall, produced by algorithms and a 3D rendering program. Greiner and Keplinger singled out one frame of this simulation, captured it and had it cut in aluminium. 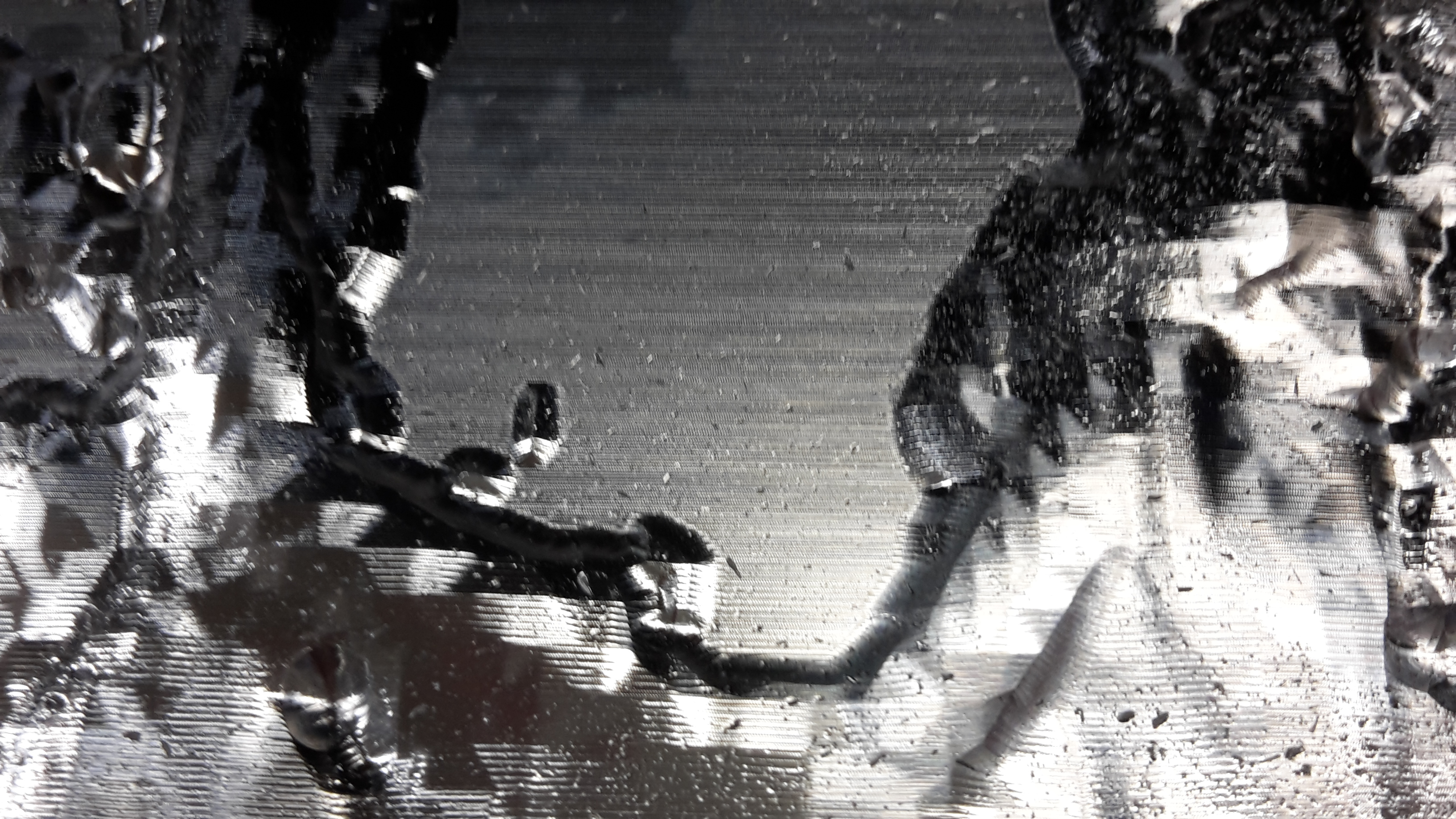 Greiner’s and Keplinger’s work A / Doom examines the possibilities and boundaries of VR’s visualisation and simulation.

Last year VR devices, like the HTC Vive and the Oculus Rift, were introduced into the consumer market and this formerly futuristic technology became part of daily life: Everyone can now flee into digitally generated worlds.

Thus in A/A’s work immersion is tested as a field of aesthetic experience. The work is set in the air – usually difficult to access for humans. The viewer is transported straight into the sky. Like meteorites condensation trails shoot towards them, creating a graceful scenario of doom.

To find out more and see how the artists made water defy the laws of gravity, visit the opening on saturday 28th January!