Amanda Coulson and the Homecoming of VOLTA14

It is time for VOLTA14 in Basel, and we have picked Artistic Director Amanda Coulson´s brain about the new and old Location for this years fair, their „VOLTA CARES“ Initiative and of course about the German and International Galleries and their artists represented at VOLTA14. Amanda Coulson is a sharp observer and not afraid of speaking her mind about the challenges and bias a satellite art fair has to deal with on a daily basis. Needless to say, we enjoyed our conversation very much and are looking forward to our visit next week! 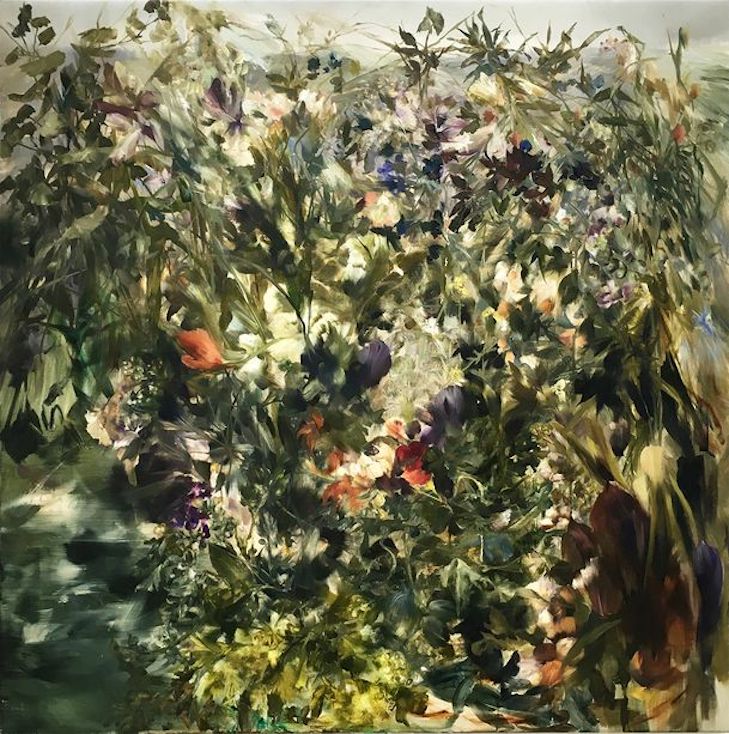 How you feel about this in terms of the location itself and returning to the spot were everything started?

It’s really a homecoming and actually very satisfying, because VOLTA has a history of activating neighborhoods on the verge of regeneration. When we started VOLTA at the Voltaplatz and Voltahalle in 2005, I think very few non-Baselers had ever set foot in this now booming neighborhood, with its new apartments, shops, and of course a craft brewery (Volta Bräu! Where we have held our official party the last several years). 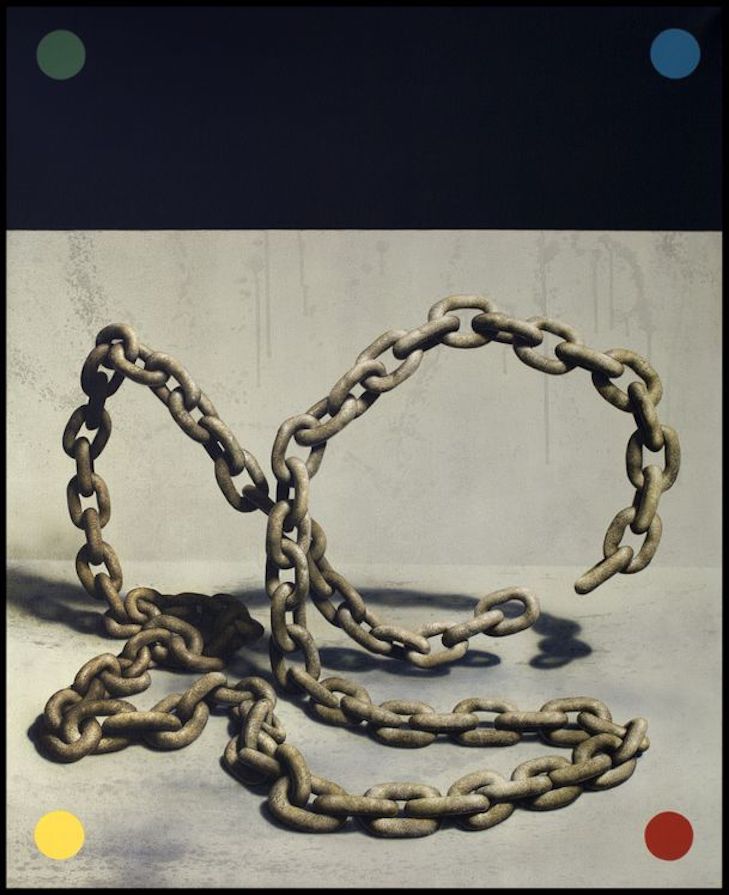 Same when we moved to the Dreispitz neighborhood: the Schaulager existed (even further out!) but going there was considered a real trek, rarely made with huge effort, and the areas in-between were desolate and industrial. Now there is a bustling art school, a museum (Haus der elektronische Künste) and a lot of life. Even the Markthalle neighborhood was also more unpopulated, after we moved the storefronts started filling up…

So to return to the “Volta” neighborhood, and be re-inserted into this urban revitalization that we had a hand in growing, is really gratifying. 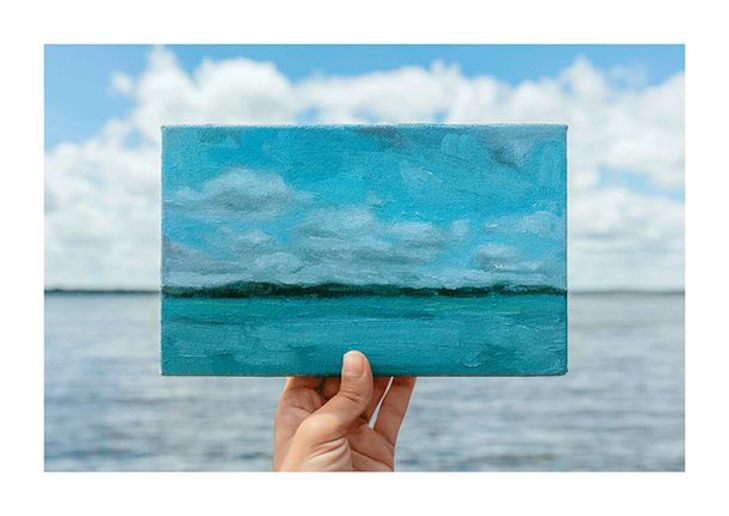 I could imagine it triggers also thoughts of contemplation, a pause for a moment in terms of the achievements in the past, what worked, what can be improved?

Looking back at all the times we moved and things we did, of course we can see with hindsight areas that maybe weren’t the right thing at the right time. Our first move to Markthalle in 2009, for example, was too soon: we expanded too quickly from a really small fair of 43 galleries into one that had to fill that huge space—it was even bigger than it is currently!—and had to find 110 galleries to fill it, and this was right after the economic crash. Even when we moved back to Markthalle later—after 3 years at Dreipsitzhalle—we sort of knew going in that the space itself would somehow overshadow the actual work we were doing, which to a certain extent is true. I mean, it’s a domed space and one of the largest freestanding cupola structures in Western Europe — it’s going to stand out! 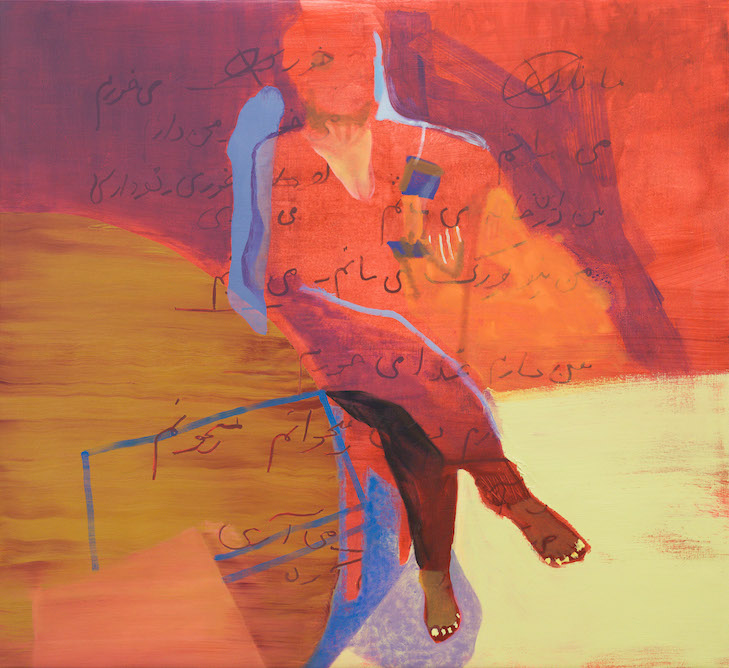 My team and I are 100% convinced that our new venue at Elsässerstrasse 215 is perfect for a myriad of reasons, but it’s not going to be easy to live down that spectacular cupola. It’s frustrating because eyes should be on the content, on the art on display, but I expect that’s like saying a fashion show should be about only the clothes and not how the model looks. While we are, in fact, changing as a society—with models now being much more diverse in all ways—we all know the clothes are still judged on the body holding them up, so the venue that houses the art is really critical. 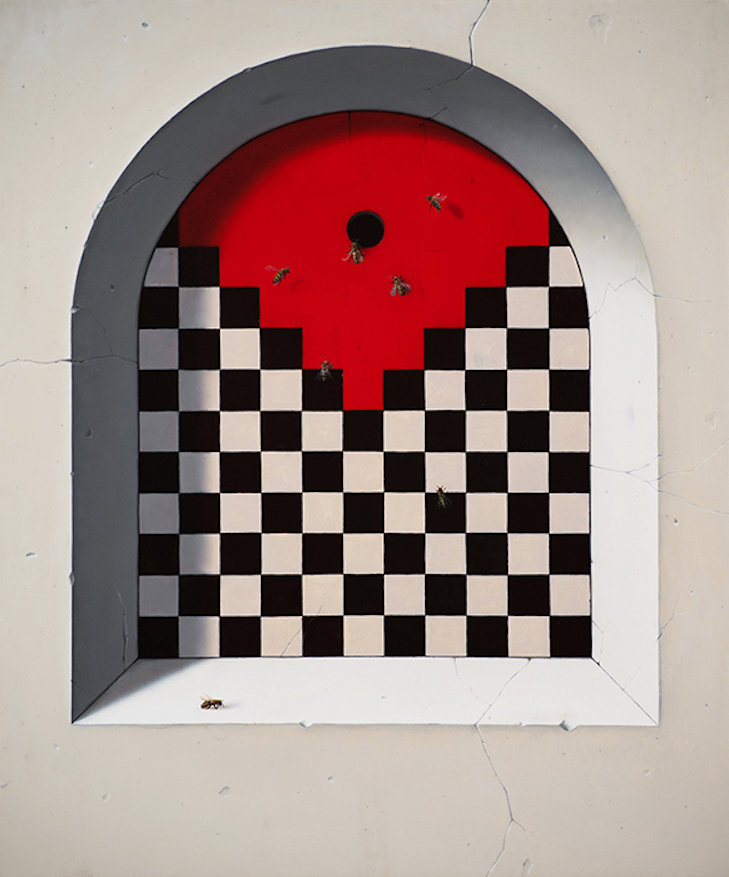 In New York we made a similar judgment, in which we felt to be at the Pier next to The Armory Show would be beneficial, which meant we also took on a space that was a little larger than we needed and was just too similar to the show next door in a way that wasn’t always beneficial for us. Certainly the decision to go solo in New York was one of the best decisions we ever made, and the slow paring down of booth propositions to be solo or duo-shows in Basel as well, or at least highly curated, after the success of this model, has been so well-received that we see others following suit. 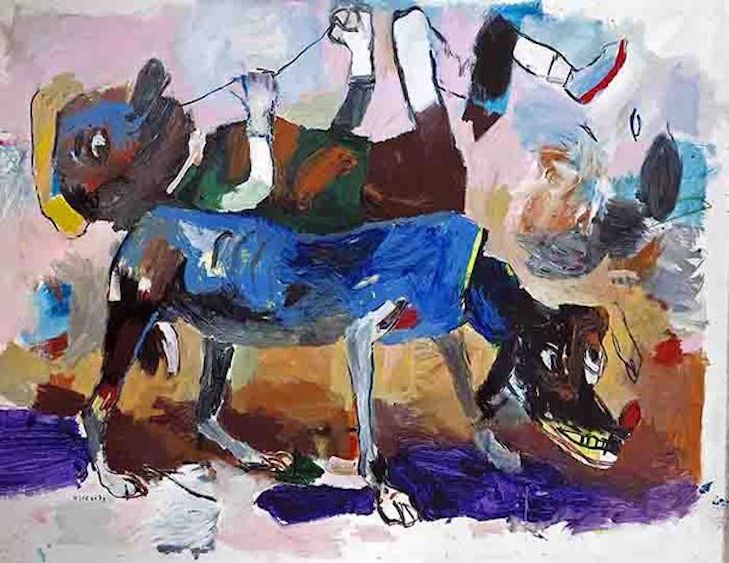 ARTBerlin will focus this year again especially on German galleries and artists that are represented at the fair. Please name a few highlights from your personal point of view and taste.

We are pleased to showcase five galleries from across Germany, some new to us and others longtime VOLTA exhibitors ,though they are not all showing German positions; rather some of the other international galleries are representing German artists. 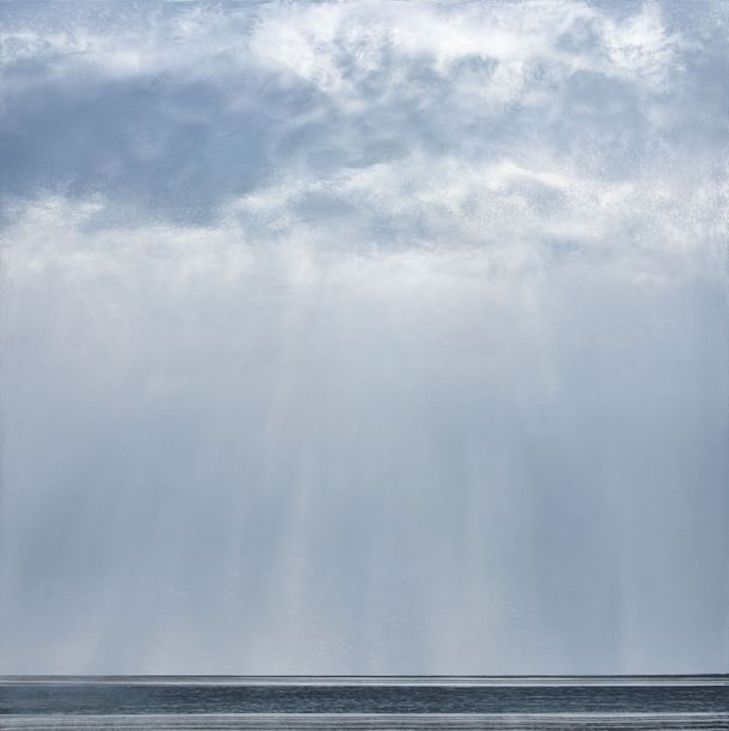 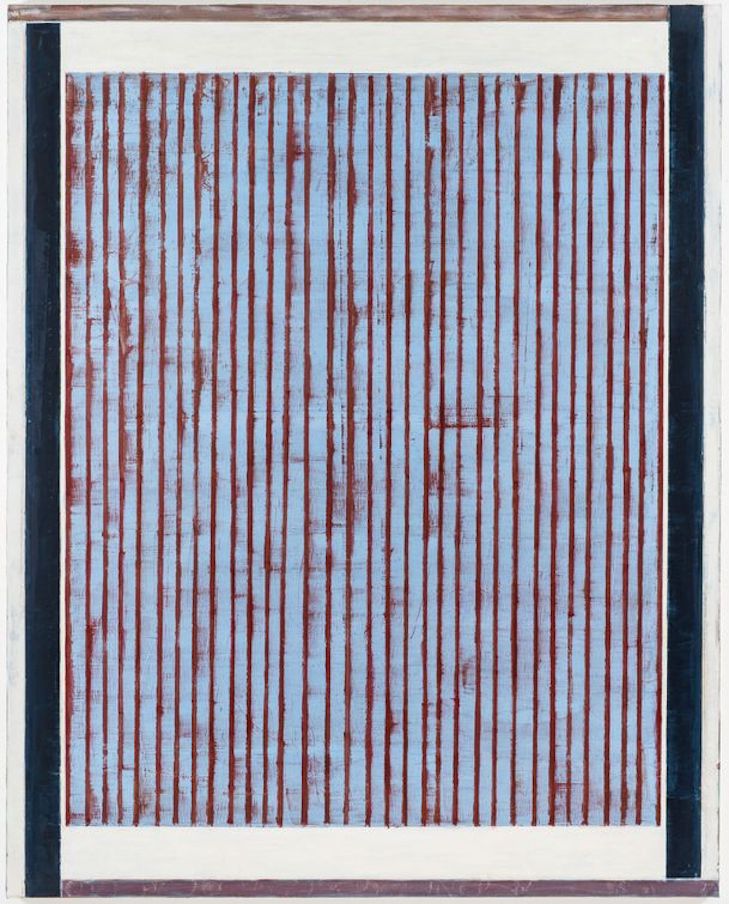 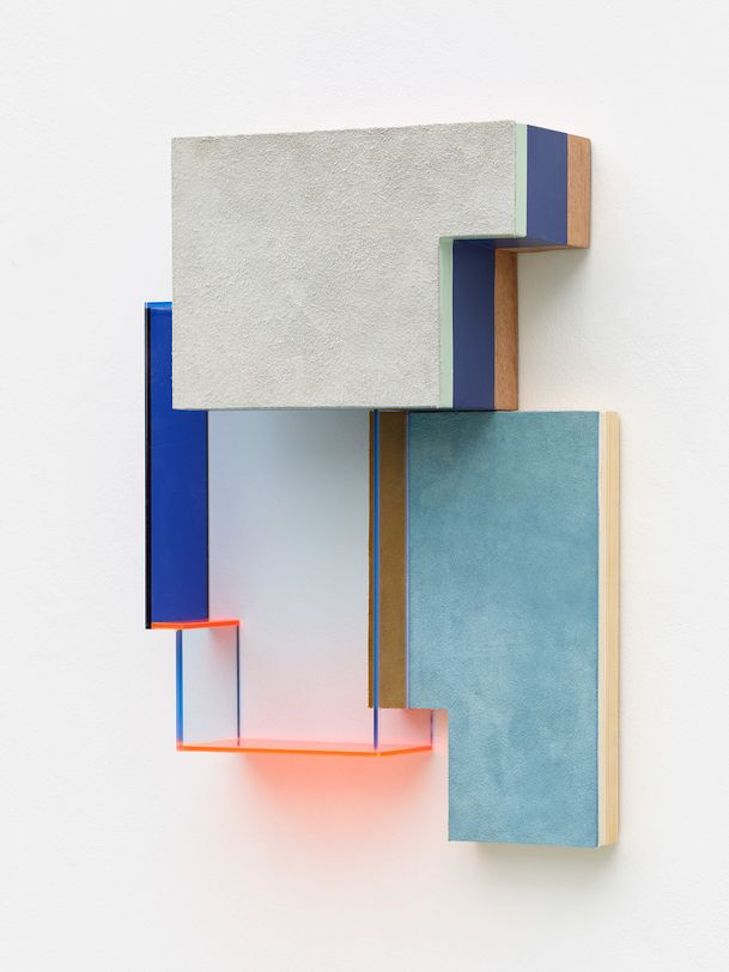 Among the other positions at our 14th Basel edition are some fantastic artists of German descent or based in Germany, such as: Henrik Eiben, Pius Fox, and Eckart Hahn, each creating a new work in dialogue with one another and presented by their longtime gallerist and VOLTA stalwart, Pablo’s Birthday (New York); Fritz Bornstück, this fabulous young UdK graduate in Berlin, who revisits the still-life with a contemporary zeal, presented as a solo project by Galerie Maïa Muller (Paris);

Thomas Müller, a true wizard of the line, featured in a group booth with his longtime gallery, Patrick Heide (London); Florian Heinke, another Frankfurter, part of a compelling project The Hierarchy of Scale, presented by Charlie Smith London (London) and  Naho Kawabe, born in Fukuoka but based in Hamburg since 2001, whose interdisciplinary practice exemplifies “transformation boundaries,” she’s showing with Waitingroom (Tokyo) in the gallery’s debut with us. 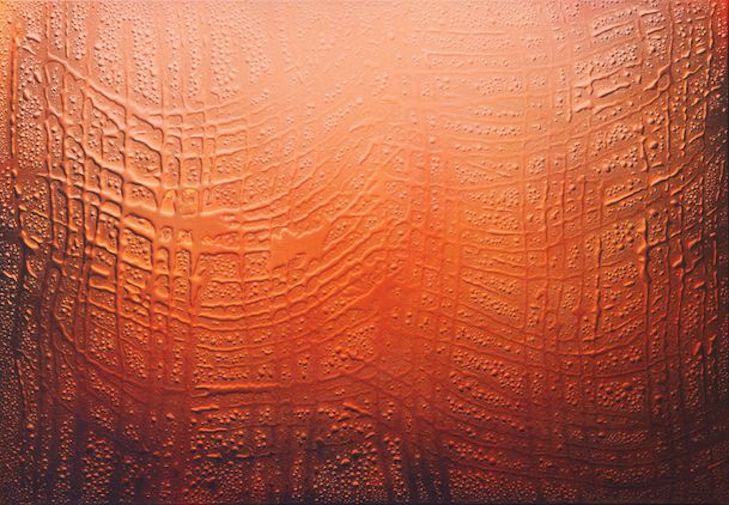 In the last years, art fairs like VOLTA that are specialized and focused on emerging artists and galleries have successfully reshaped the art market and also the perception of many collectors and visitors. Would you share your opinion on this, or do you have some examples over the years that stood out in your opinion?

Definitely the satellite fairs have broadened the conversation, but—if you think about it—we are really just reacting to a much bigger sociological shift.

While there will always be artists everywhere, global economies have gotten to the point that they can support these careers and more people can dedicate themselves to art, so I think it is something much more monumental to do with civilization and its development, of which we in the art world are a reflection, or one facet of the greater whole.

How VOLTA fits in…yes, we were able to shine a light on a specific area and show collectors that it’s also exciting to discover and nurture an artist or gallery, rather than just rely on big brand names. We’ve also, because of our approachability, formed collectors who were not so dedicated or serious before; there are a lot of people who purchased their first work at VOLTA and are now considered key collectors at the main fairs, and the same goes for artists and galleries.

We’ve been an incubator, in a way, and that’s definitely very satisfying. 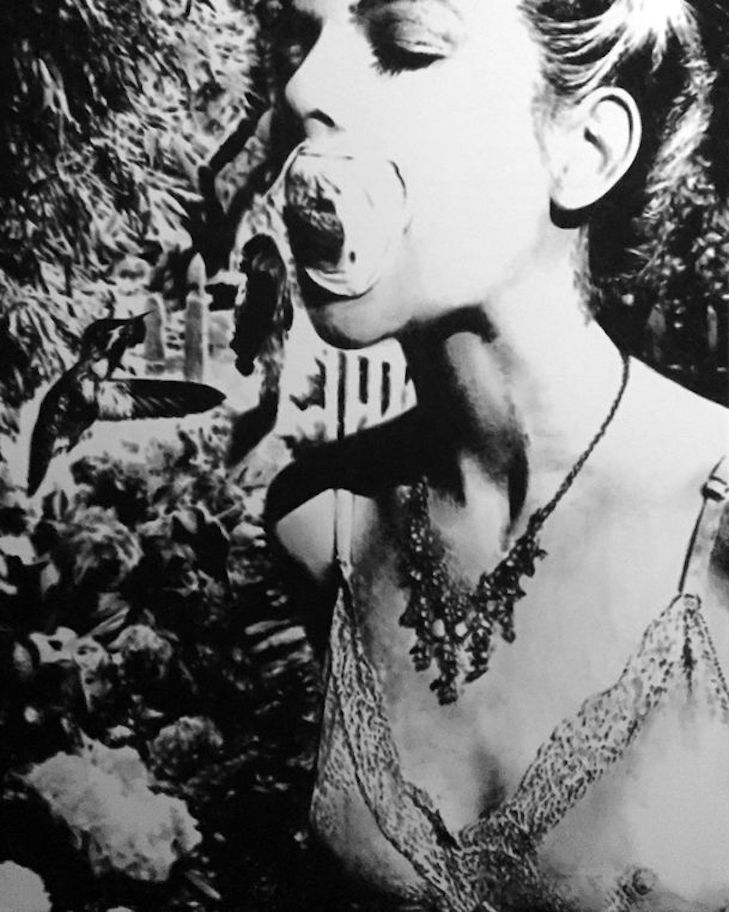 Of course there are still the people who look down on us for whatever reason; it’s entertaining but it’s also just how the industry works.

One year, I recall running an ad for VOLTA NY with the image of a certain gallery’s booth, because it was the precisely same booth at one of the major fairs about 2 years later (this has actually happened a few times), but we showed the gallery and artist first and I just wanted to make a statement. I suppose some feel that satellites are parasites and copycats, whereas it’s really the opposite: we are the originators and risk-takers in more ways than one. 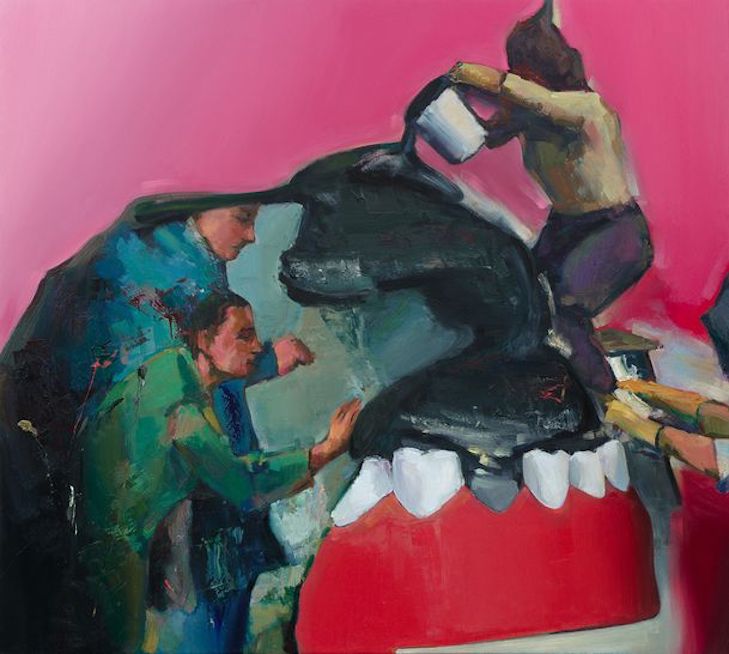 I suppose it just depends whether you, as a collector, are ready to commit because of your passion and instinct or because someone else has given their approval.

The whole market is an ecosystem, we all look at each other and judge where we are on the pecking order but, at the end of the day, we’re all here because of our commitment to art and artists. 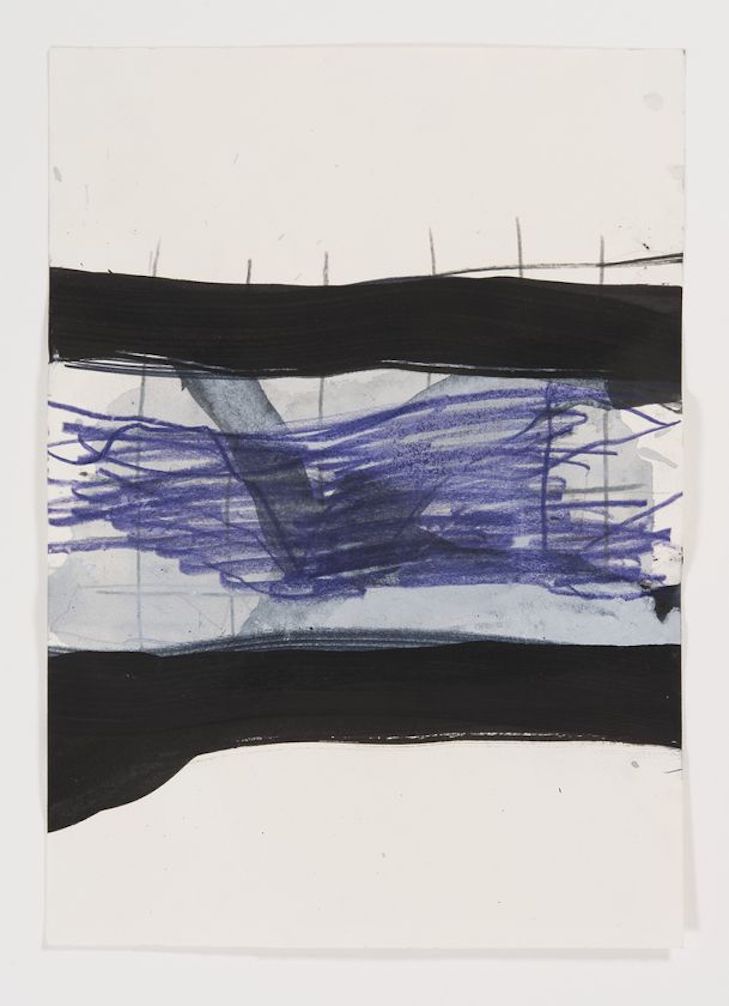 Basically, and in a broad and thoughtful approach, we are redefining what an art fair can be and should be.

For New York 2018, this meant collaborating with a local artist and a charity with whom they are involved, to redesign the iconic VOLTA tote bag. The bag was given out to VIPs and galleries as usual, but beyond that several hundred were available for purchase at the fair, with complete proceeds benefiting the charity. Onyedika Chuke was this first artist, and bag sales benefited Foster Pride, a New York-based initiative that works with young people aging out of the city’s foster care system and connects them with art world mentors.

In addition to the artist/charity tote bag, which will become an ongoing feature of VOLTA Cares in New York, we hosted an artist-film screening event with Project For Empty Space, a dynamic not-for-profit exhibition space and artists’ studios in Newark. Through partnerships with the Brooklyn Museum, Cooper Hewitt, and CMA/Children’s Museum of Art, we hosted a free event on Sunday for family members of these institutions, with special programming for the children. We are developing some further initiatives for 2019 with New York public schools and other arts organizations, to really make the fair experience enriching and accessible to everyone.