Berlin’s best art openings and events for the weekend (August 1st – 3rd 2013): Meet mermaids, Neverland and a sneak preview of an art show. 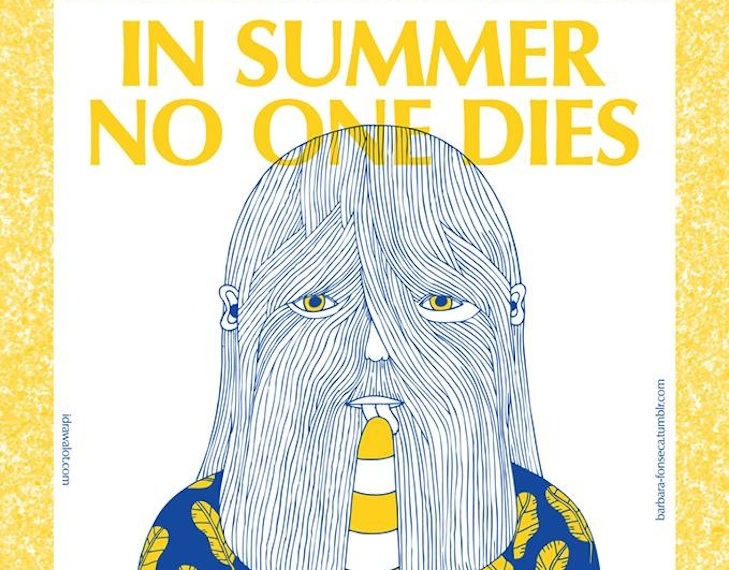 In Summer No One Dies Flyer by Barbara Fonseca

Idrawalot / Vernissage ‚In Summer No One Dies‘

We know Idrawalot were featured in our last weekend’s recommendations but we just couldn’t resist including them in this week’s openings too. ‚In Summer No One Dies‘ is an illustration based exhibition by Berlin newbie Bárbara Fonseca focussing on the darker side of summer – think killer parasols, runaway mermaids and dangerous pieces of swimming equipment.

Scouting talented student’s work at any kind of show is exciting, and the exhibitions by Berlin’s Node are no exception. A centre for curatorial studies in Berlin, Node’s latest opening will showcase their current student’s summer project, ‚Footnotes‘, which sees students paired with different artists with the goal of creating a piece documenting the typically unseen content behind an artist’s work.

There are many parallels between Berlin and Neverland, the fantastical island in childhood story Peter Pan. A place where the never ageing lost boys journey to indulge in a carefree, hedonistic lifestyle, Berlin is much the same…until your savings run out. Join a team of 13 international artists as they present ‚Now! Now! Neverland!‘, an interactive performance based on the play and exploring its themes of innocence and danger. Booking tickets is recommended – we’re expecting sparkles of fairy dust magic.

Indulge in a sneak preview of Tanya Leighton’s group show which opens officially on 6th August. A mysterious statement on the show describes a woman hearing a story about a Chinese lady becoming ’stuck‘ in an alleyway, mistaken for a ghost and then rescued seven hours later. Yes, you read correctly, you don’t have sun stoke. No, we don’t really know what this means either but we’re hoping all will become clear.