Johann König and the German Surplus

Berlin based König Gallery is expanding to the capital of the UK, and yes, it will be as intensive and busy an art space as you can imagine! But there is not only the opening of KÖNIG in a former car park in Marylebone, Johann König, proprietor of the gallery that bears his name, is also launching a biannual magazine and will be presenting five German painters in consecutive solo booths at the Frieze London art fair.
So it’s London Calling for the Berlin art crowd and a Berlin splash right into the heart of the London’s art establishment! 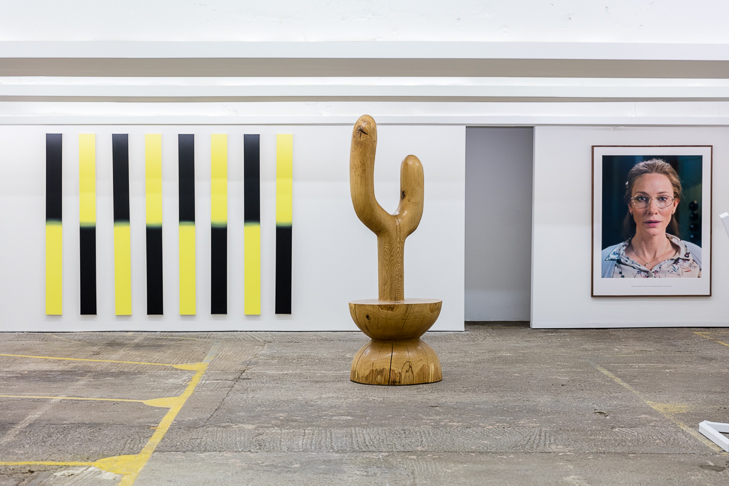 Asked about why he is calling the booth and the cover story THE GERMAN SURPLUS, König says it refers to an article in The Economist titled „Why Germany’s current-account surplus is bad for the world economy“. 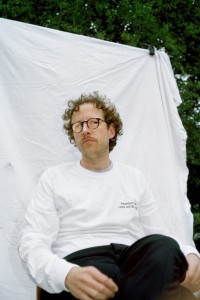 I find it interesting that the art market in Germany is so weakened by the country’s socio-cultural discussion of art, despite having brought forth such internationally-known artists as Siegmar Polke and Gerhard Richter and Georg Baselitz.
The Germany industrial sector – which is regarded as an export world champion – is valued more highly than the country’s art trade and art market, and so not much attention is paid to active artists.

He believes that this is due to the perception that art is a trade commodity.

One could describe König’s whole new venture as a showcase for the outstanding spaces for art that the city still has to offer.
König’s expansion to London comes as a natural development; after all, he has set up various art spaces before, namely at Berlin’s Dessauer Strasse before opening his current gallery at the disused St. Agnes church in 2015. Yet as content and happy as he is with Berlin, the gallerist cannot deny that London has a different international scene with Russians and Chinese participating on the art market, so his aim was to dare to experiment and see what happens. 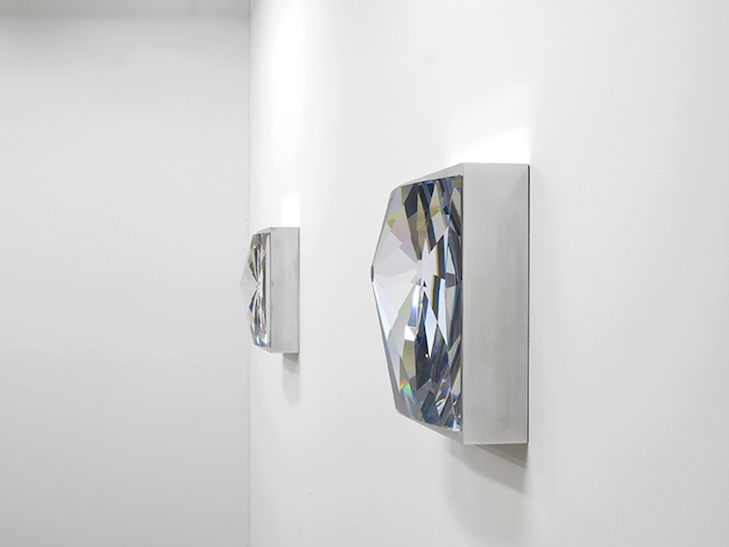 With Zhoe Granger, who used to run London’s highly innovative Arcadia Missa Gallery, as director of König’s new space, it’s likely that the goal of using the new rooms as a platfrom for individual artists presentations and site specific works  will be met, and that we can expect stimulating presentations,  performances and discussions in the future.

The five German painters that will be presented one a day at a time at Frieze Art Fair are also featured in the first issue of the magazine, where they open their work spaces and ateliers for a more personal connection to their work approach and the reality of producing art in Berlin. 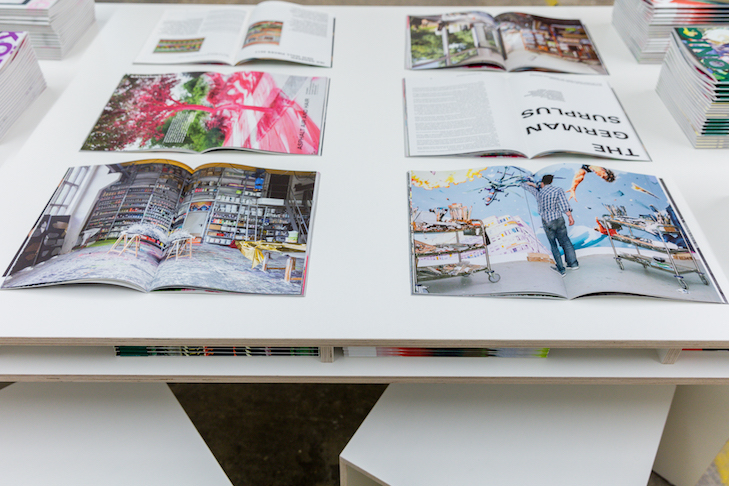 The first issue of KÖNIG has a lot to offer about Berlin, as evidenced by a portrait by Niklas Maak about Werner Düttmann (1921 – 1983), the architect who designed the Brutalist-style St. Agnes and urban planner who convinced Mies van der Rohe to build the Neue Nationalgalerie. 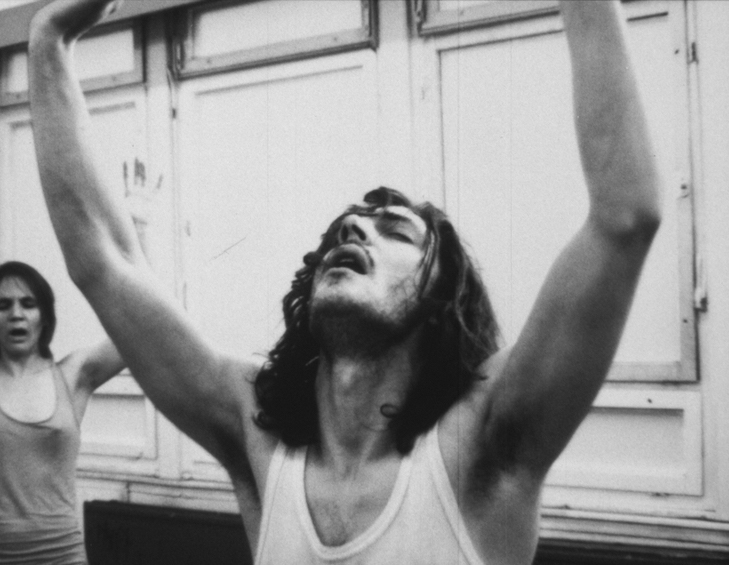 At 180 Strand there is a presentation of Jeremy Shaw’s outstanding film Liminals in collaboration with the Vinyl Factory.

Katharina Worf, a German based in London and former director of London’s Laura Bartlett Gallery for the past five years, is directing König’s off-site exhibition programme and has launched the first U.K. exhibition with Canadian artist Jeremy Shaw during frieze week (on view until 10 December)

The Liminals are portrayed as hippies trying to save humanity by re-enacting old rituals so they can experience the void between physical reality and virtual space – a capacity long lost in the shown scenario. It’s about perception and experience and after all, this is one of König Galerie’s main approaches, namely to create new spaces for new and especially different experiences.
Liminals ends with a wild, excessive and outer-worldly rave in which everything becomes psychedelic and the viewer realizes that religion and drugs are inseparable in this posited future.