Up and coming artist

Robert Montgomery is an artist for your watch list. An interview about Berlin as a healing city, ghosts at Tempelhof airport, poems as random acts of kindness, tattoos and the first Biennale in India. 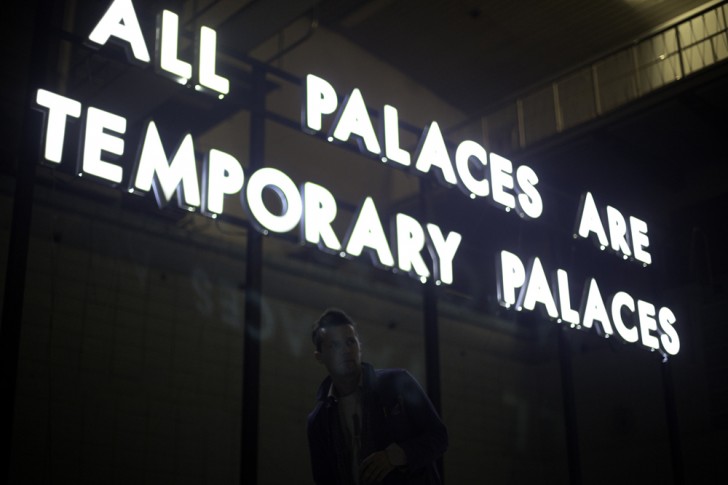 If you meet Robert Montgomery for the first time you might actually feel confirmed in the idea of him as a very British artist – British in the sense of an eclectic mix between elegance, dark humour and rock star behavior. After five minutes that we spend at our interview date, ordering Bloody Mary’s and Pasta, I realize that, in fact, Robert Montgomery is all that and a lot more.

The artist travels between worlds, cultures, poems, politics, the soul and time. His poems are manifested as conceptual public art. Imprinted on huge billboards, they might hit you when leaving the subway station or in the morning facing your coffee shop in town. If you were lucky to be in Berlin these passed weeks, you might have witnessed one of his poems being set on fire at the now defunct Berlin Tempelhof Airport where the artist has installed his latest exhibition ECHOES OF VOICES IN THE HIGH TOWERS. As always he has tailored his art to the city where it is displayed. The work at Tempelhof, remind one of the time during the cold war and the story of a group of extremely resistant SS and Nazi command who have barricaded themselves in the under levels of the airport supposedly with explosives, refusing to capitulate in a last stance ‘stand-off’ effort to hold their ground. In the end they were flooded with water. Some of Montgomery’s works here were inspired by their ghosts but refer to the artist’s view on today’s Berlin as a healing city – radiating sunshine, light and creativity.

I wanted to engage in that period in history and create something ‘healing’ and ‘peaceful on the back of these structures, which are relics of the cold war, under the surveillance towers. I got inspired by All Knives Bandaged, a phrase that comes from Joseph Beuys which maintains that if you bandage the wounds, you only heal the wounds. But if you bandage the knife, the knife can’t cut anyone else“. This is Montgomery’s idea about healing – culturally. 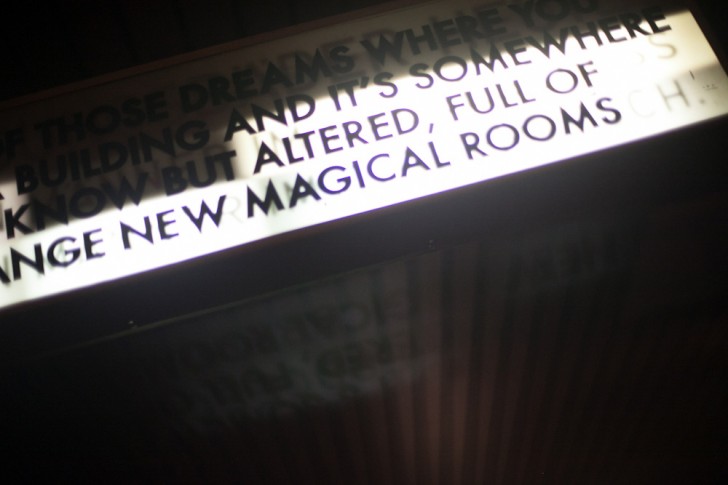 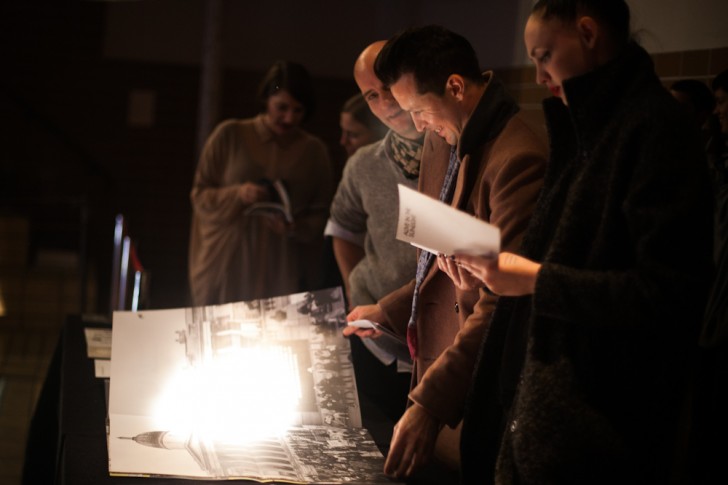 Robert Montgomery’s poems touch deep as they hit the big topics. May it be those of the external world such as politics, ecology or the manipulative power of advertising. Or those that speak to our souls and hearts. The artist’s words seem to hit our universal consciousness – or – unconsciousness. Need proof? You might start looking closer to your wild friends’ tattoos – and find some of Montgomery’s poems imprinted in their skin.

Robert, people get tattoos of your poems, how do you feel about this?
It proves that first, billboards are a good medium for poetry, and secondly, the Internet is a really good medium for poetry. I can do a piece in London on Thursday, someone takes a picture of it during the opening, puts it on Facebook and by Sunday, a kid in L.A. will have a tattoo of it and then Twitter that picture back into the Twitter feed. So you can see poetry moving very quickly through the internet on an exponential curve, and that’s really beautiful.

Looking at your words, Matthew Barney comes to my mind. With his art he is touching people’s souls, establishing a deep connection to some kind of universal consciousness. Do you feel this is true for your art too?
I totally agree. I am consciously interested in redefining the idea of God. If you think about our culture from the last century and a half, we think our way beyond God, which of course intellectually is right. But, I think that we lose something that we relied on as a panacea against death and a sense of comfort and so on.

So, on a Freudian-like level we are trying to replace that God figure in the psyche – and I think that’s a collective generational trauma that we have. We are trying to find new ways connect to the spiritual world, and I’m fascinated by that. 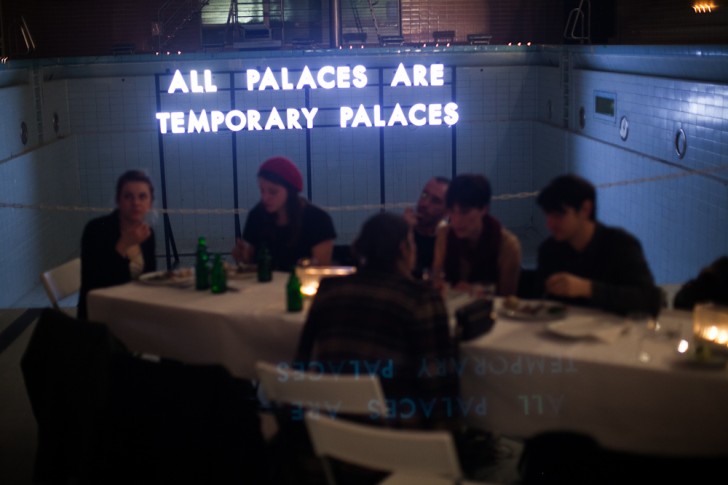 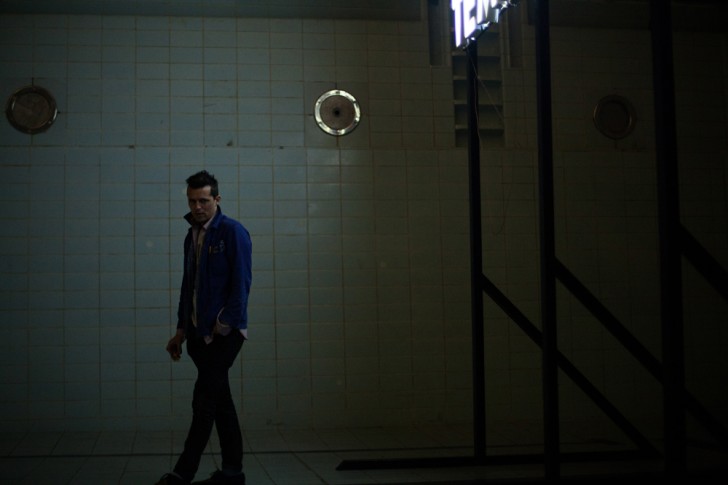 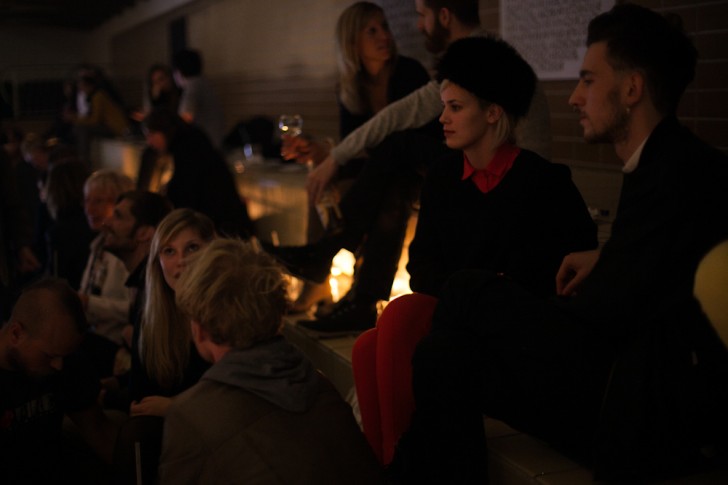 Are poets the watchers of the soul?
I think poetry should be bread for your soul. The basic thing that nourishes your soul and connects you to the world.

Do you consider yourself a poet?
I don’t see my work as poetry with a capital P. I make it as art in an art tradition. But I’m trying to see if I can take that tradition of text based art and bring a voice to it that is more like the voice of poetry, following on from artists like Jenny Holzer who is a precedent. Although, saying that, at the moment the Poetry Society in the UK are suggesting me for the Ted Hughes Award on their website, which is a massive honour as Ted Hughes is one of my heroes.  I didn’t set out to be a poet in the traditional literary field, but its very flattering to be adopted by them.

You do address quiet a broad range of topics: our way of life, politics, ecology. How do you filter?
I don’t know. I think I have basic concerns and if I go to a city for a new project, I’ll try to make the basic concerns relative to the place and the history of the place.

Seems your like touching different mind sets, different periods in time…
I love that idea. I love history – European history and the wonderful drama of Europe, the idea of this ‘old stone place’, this Millennium of drama that we can still feel and touch in our cities.

Melancholy seems to be a reoccurring tone  …
I totally like it. It is just something I’m in to.

What I think about melancholy is that it’s the creation of beauty from sadness in a way and I think it’s really therapeutic and universal and therefore a therapeutic language.

Can you imagine your words become songs?
Yeah – a few bands have made songs or albums referencing the titles of my work, particularly The people you love become ghosts inside of you. I like if my work is travelling in that way. There’s a new band called Dark Horses who just made a video piece based on one of my texts which you can find on You Tube.

Do you consider your words a form of beauty?
Hopefully.

I like that in this part of my work, we’re not making objects and selling them. But rather making something and giving it away.

Do you ever sell your art?
Of course, otherwise I couldn’t pay my rent. We sell the light pieces and the last couple of years we’ve found some collectors that support our work. And I make water colours. Since I was a child I’ve been obsessed with them. Some paintings take up to 50 hours as I work them really slow – like meditating- stay in the lines – listen to the radio – feel a state of transcendence.

So, what’s coming up next?
A week-long Artist in Residency for Atelier Persol in Florence, then in November I have a show in Miami with Spinello Projects. The 12th of December is the Kochi Muziris Biennale in India.

What will you show at the Biennale in India?
I don’t know yet (laughs)! I think I’m one of two British artists among a couple of international artists. M.I.A. the singer working as an artist is also doing a project for the Biennale, which is the first Biennale to be staged in India. I will be working on these amazing warehouse buildings from the 18th Century built by Portuguese merchants with very ornate facades on the waterfront that became derelict. I am inspired by the sea as it used to be the only place we could escape to and discover new places. I’m writing texts that refer to or invert the the tradition of Portuguese Fado music. Those songs about lovers lost to the sea. I’m trying to engage in that but with a text about the music of the people who leave, the music of the new lives they make in faraway places in the new cultures they discover… like Fado music in reverse.

It seems you are engaged in quite a lot of projects. How do you recharge?
Sleep, (laughs) and watching Football on the Tele. 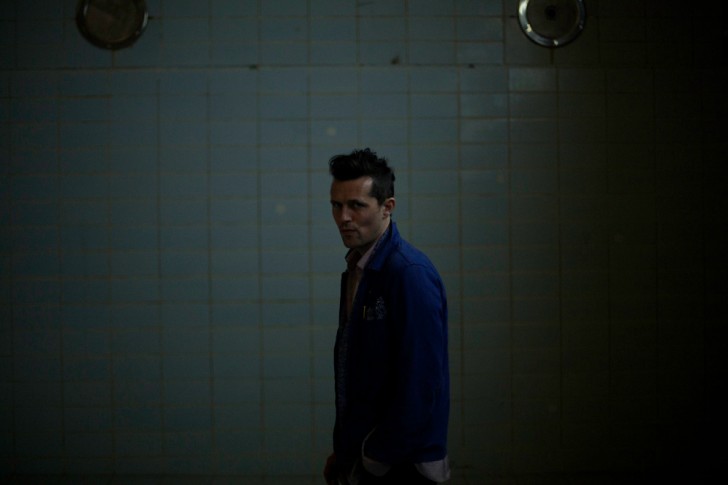