Morphium: Hallucinations of a Kabarett

Got super hooked on Babylon Berlin and cannot wait until season 3 ? We have something far better for you guys. The real thing so to speak when it comes to letting the Weimarer Republik come alive again. La Pustra´s Cabaret of the Nameless is back with their provocative and colourful characters. But this time they collaborated on top with artist Alana Richards who captured these notorious characters in a series of paintings, which will be on display at The Ballery opening on 23rd of February.
We talked to Alana Richardas and Daemiane Marais, the Director of Le Pustra´s Kabarett der Namenlosen. 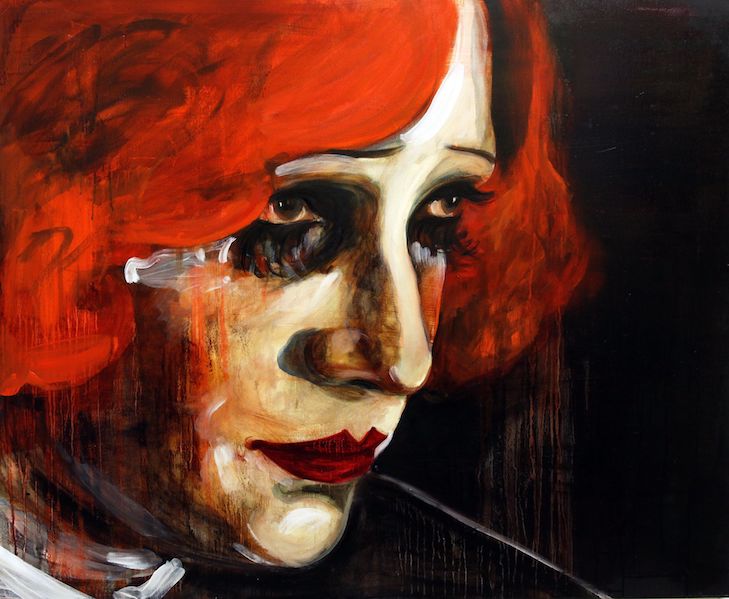 The title, Morphium was taken from a work by Mischa Spoliansky (initially written for the scandalous dancer Anita Berber), in homage to Morpheus, the Greek god of sleep and etymological origin of opium, which had the Weimar Berlin of that time firmly under control.

Berber, Berlins Priestess of Depravity as she was called in the excellent book Mel Gordon wrote about her, was famously portrayed by Otto Dix and we cannot help thinking she’s still the icon of Berlin’s weird underworld of sexuality, which is today more alive than ever! 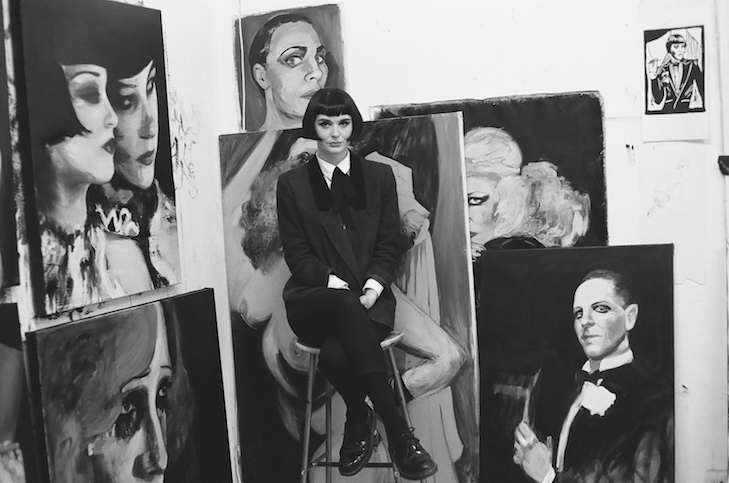 Please tell our readers how the two of you got together and how the Cabaret & Exhibition collaboration came about!

D: Alana contacted me after seeing the show in September 2016 with the idea of an exhibition. We were fortunate to have a cast painting of Kabarett der Namenlosen created by Ella Guru, so I said yes. Why Not? Art is forever and to be immortalised on canvass is rather wonderful, don’t you agree? 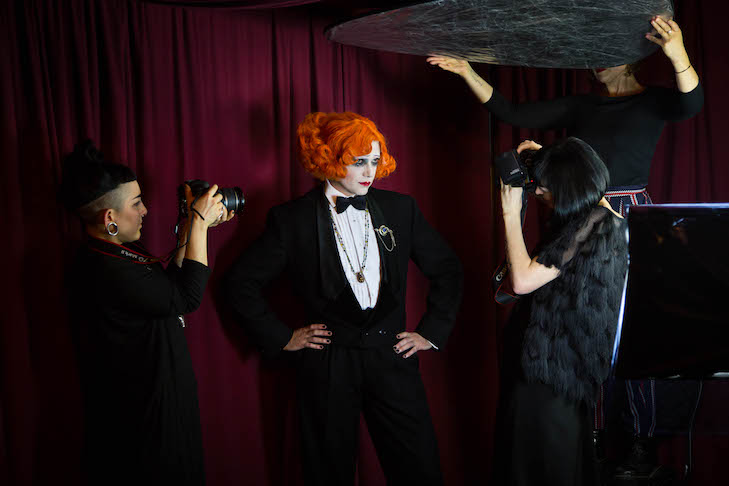 A: Exactly! I saw the Kabarett for the first time on its second run, and shortly after this, I had the idea to do an exhibition based on the show. It inspired me a lot, the style of the play is just incredible, and the characters are all so strong and eclectic. 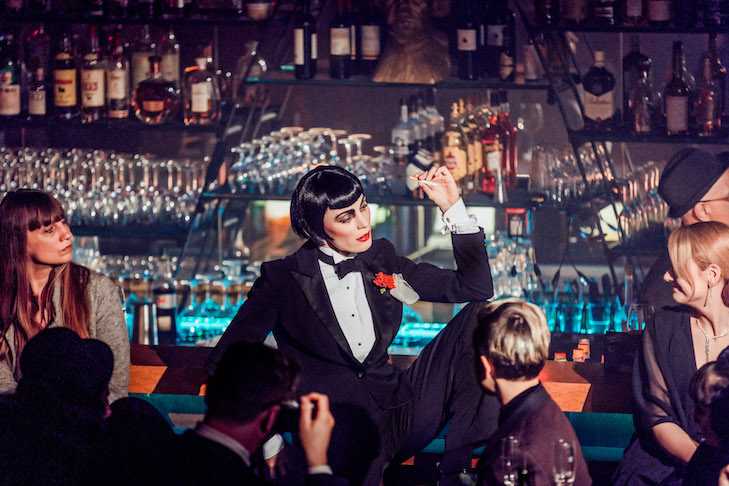 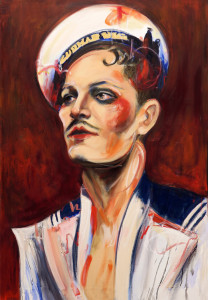 Alana, I read that you are focusing in this exhibition not only on these Portraits but on the claim to grasp both the soul of their themes, as well as to expose subtle insights of themselves at the junction of that time. Especially the last part, what do you mean by that?

A: Actually what I mean is during painting my portraits I not only wish to expose a bit of the soul of the sitter but also glimpses of myself in those junctions of time. So in the result, it’s often not just a portrait of the sitter but also a portrait of me in a sense. I think this is quite a regular thing when painting portraits as when working so close to a subject it becomes very hard to detach them from yourself.

Did you do a classic portrait sitting with the actors from the Kabarett, I can imagine it a quite intense experience? 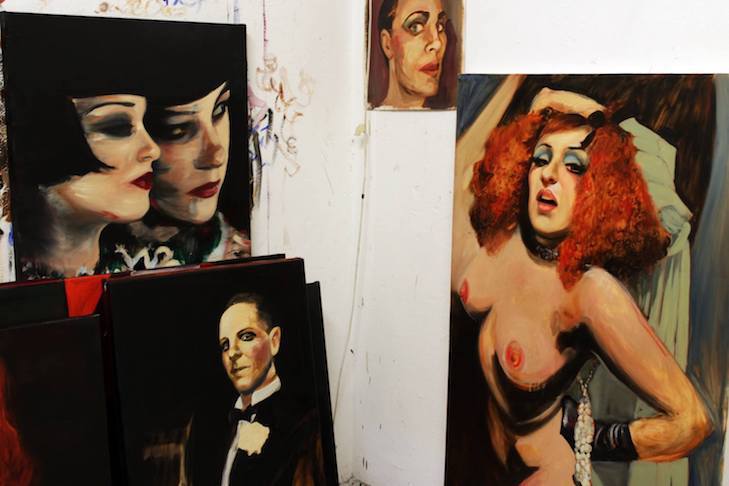 A: It wasn’t exactly a classic portrait sitting, but it was indeed an intense experience! During the last Kabarett, I set up a photo booth backstage and did photoshoots with all of the cast before, during and after the show. It was so much fun but very intense as you always had to be on guard and you had to be quick, and you had no idea when one would run backstage during a costume change and pose for one or two minutes before running back on stage. I was fortunate to have two amazing assistants with me, otherwise, I would have been way too overwhelmed! 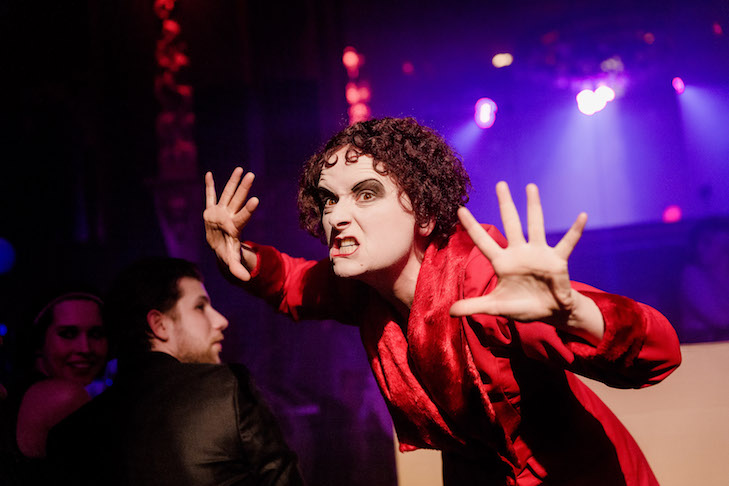 Tell us a bit what your visitors can expect from your current play!

D: The show aims to capture the spirit and experimentation of those brief 14 years in Berlin and art always flourish when there is political upheaval. Kabarett is not your typical 1920’s themed show though. It’s a journey, and as soon as you enter the venue, you are immediately transported back to a smoky underground club inhabited by strange figures. Atmosphere and visuals are essential to me, and I want the audience to experience something a bit new and leave feeling inspired and moved. I think we achieved exactly that!

Morphium: Hallucinations of a Kabarett