Sometimes when you experience an overload of impressions it is the best advise to let go of it for a good while afterwards, to let everything sink in, and forget about that crazy week packed with Art Fairs; like in our case this years Volta New York and The Armory Show.
A rough review of the remaining fragments. 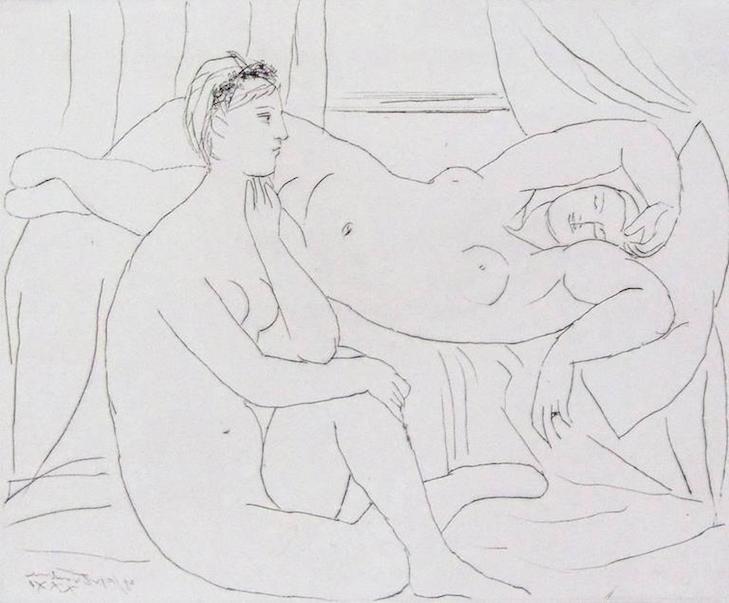 Sketch of a woman by Picasso from 1931

Like the sensation of standing suddenly in front of a beautiful sketch of a woman by Picasso from 1931 at the Armory Show, or like being confronted with Adolph Gottlieb’s “Asterisk on Brown” from 1967, which seemed so familiar although we’d never seen it, at least consciously. Or the deeply satisfying  feeling when you recognise a Helen Frankenthaler. 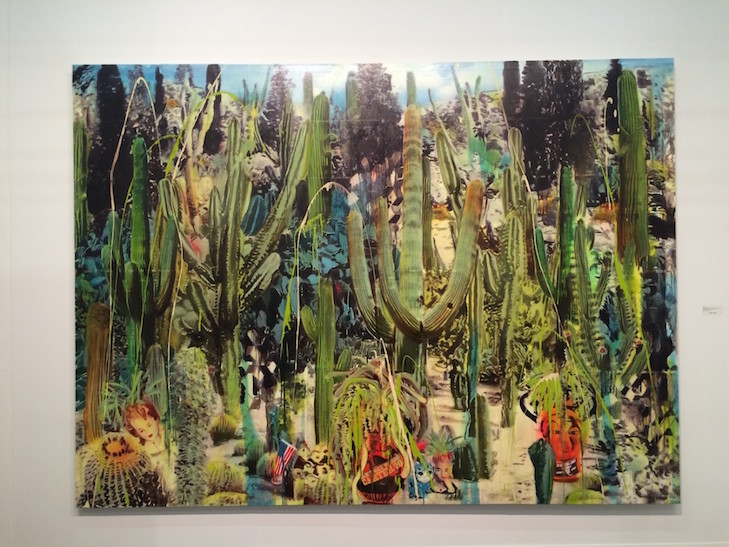 The two Fairs next to each other in Pier 94 and 92 at the Hudson River on the island of Manhattan couldn’t be more different.  The Amory show operates in the so called secondary market and displays mainly the big shots like Jonas Burgert, Yayoi Kusama, David Hockney, Marina Abramovic, Andy Warhol to name only a few.

Therefore it was a pleasant surprise to discover among these stars of the art world some Berlin-based locals, like the young German painter Stefanie Heinze in the spectacular basement of Pier 92, but also Rinus van der Velde with Gallery König whom we featured in our Top 5 Openings for March. (must see!) 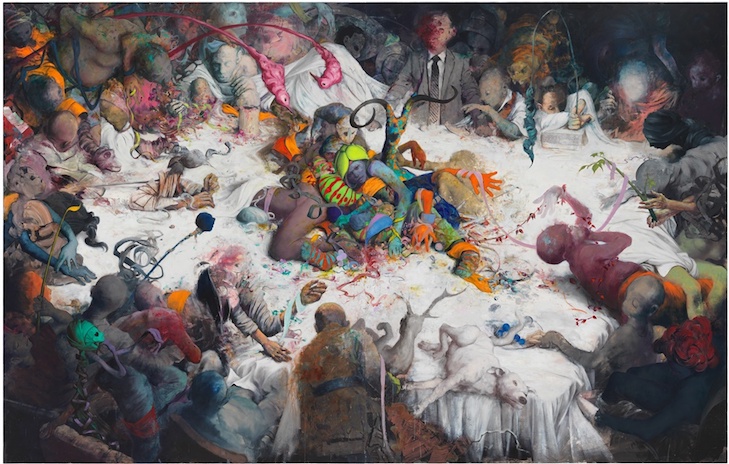 We also loved Ebony G. Pattersons carpet art „Bearing Witness“, Rosson Crows „Apokalypse Culture“ (View from the Bunker), Reima Nevalainens „Guidance“ and an as yet untitled work of Florian Meisenberg. In theory the list could go on forever, however we are focusing on the memories that ascended from the sea of unconsciousness and are floating on the surface of consciousness, so it ends here.

The contrast couldn’t have been  more pronounced, when you entered the neighbouring pier 94, which hosted the 10th Volta NY. To be honest we would have expected a little more buzz for the 10 year anniversary of an art fair, but then this is ARTBerlin’s/our first Volta and so we have no comparison to make a fair judgement. 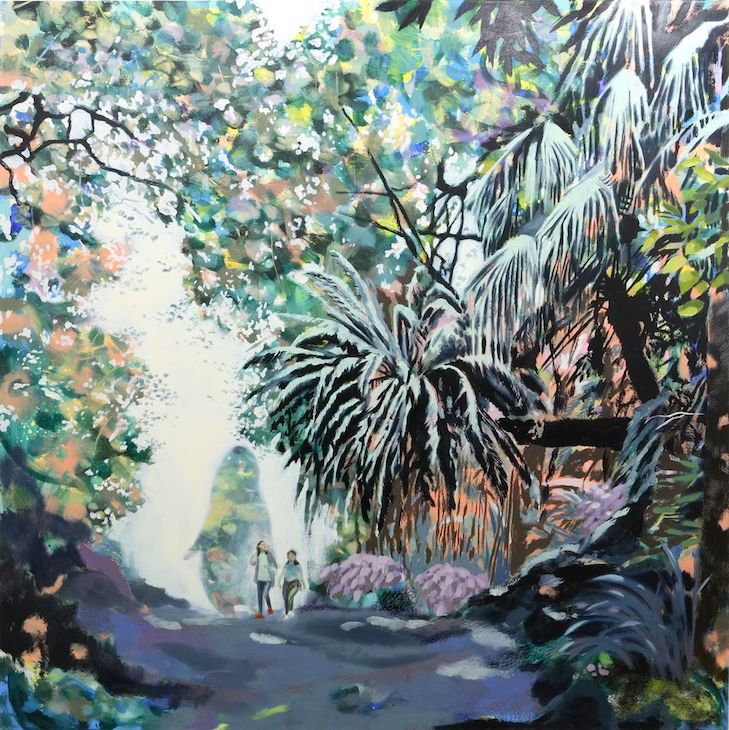 Aside from one of our favourite booths by the Japanese artist Sakae Ozawa, who exhibited the breathtaking painting The wood of this star” and who creates an inculpable world full of magic and wonders, we especially noticed the Lithuanian artist Jonas Gasiūnas. While abstract expressionism was the mainstream artistic paradigm in his country, he went the other way: In his works a strong narrative is present and he frequently uses historical references, his gallery Meno Parkas told us.

Thus he is having a huge impact on the younger generation of artists, one of the reasons he was awarded the „National Prize for Art and Culture“ in his country. 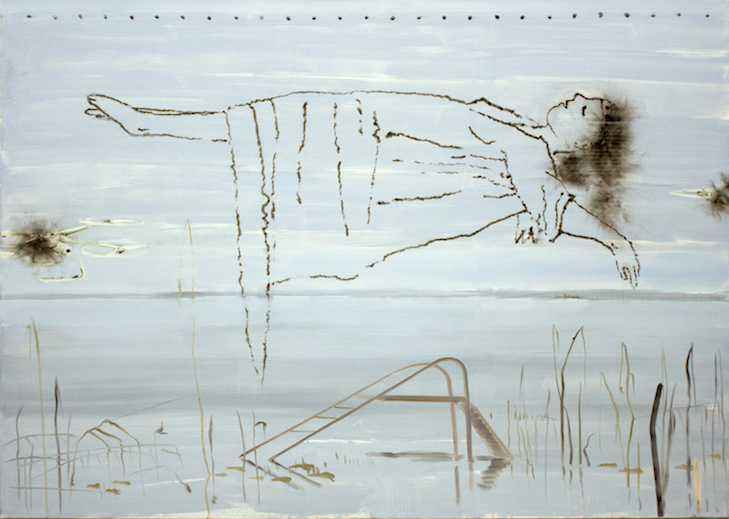 We were also pleased to find our friends from up and coming MagicBeans Gallery at Volta, their first ever art fair. They presented the genius works of the Berlin-based artist couple Abetz & Drescher, whom we will interview for their upcoming solo show for gallery weekend. 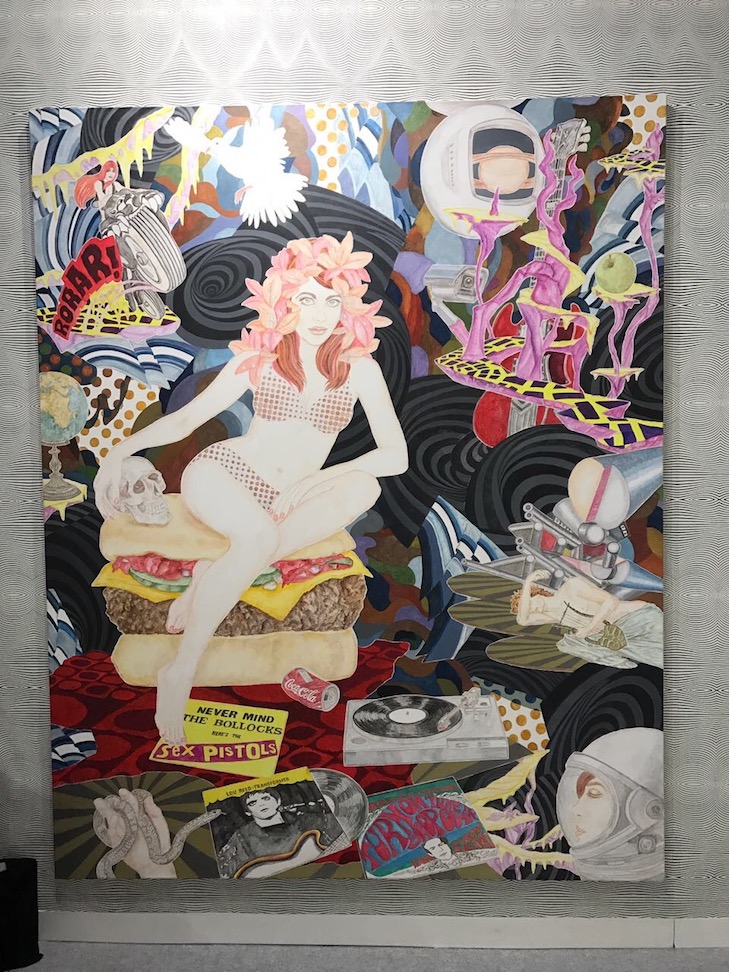 And then, of course, there was the Australian painter Adam Lee who’s new body of work „Votive“ includes watercolours and paintings. These really blew us away and made us connect to the archaic emotions we all carry inside of us. 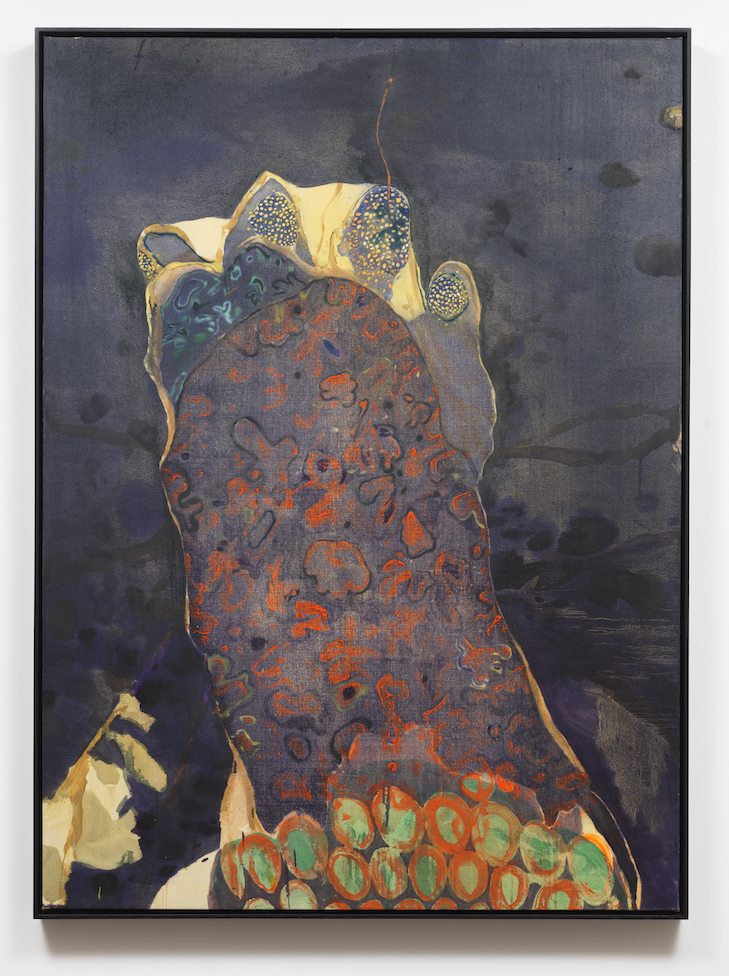 His gallerist from Angell Gallery described the artists approach:

„Lee’s imagery is re-worked via the painting process into ambiguous and, at times, otherworldly incarnations, touching on themes of transcendence and human transfiguration. In this vein Lee treats the paintings almost like religious altars or spaces for spiritual contemplation, exploring ways in which artworks might operate as modes for connecting human experience with an unseen world of divine experience. In this way Lee investigates a re-imagining of religious or sacred artworks, shaping and forming these into new realisations for today.“

After experiencing the frenzy of two art fairs, which are focused on financial profit, we feel this is an appropriate ending:

Art should always function as a connecting force between reality and the sublime, by creating sensory experiences that tap into our subconsciousness.