Paris is always worth a trip, who doesn´t long for a mild Summer Night in the city of Love and Lights? Besides the omnipresent and overwhelming Louvre, Centre Pompidou or the Musée d’Orsay, there are, of course, many other Museums and Galleries which a worth a visit. We asked the Paris based Viennese artist and filmmaker Patricia Reinhart to take a stroll through Paris´s art scene to see what´s up in this Summer Season. Amusez-vous! 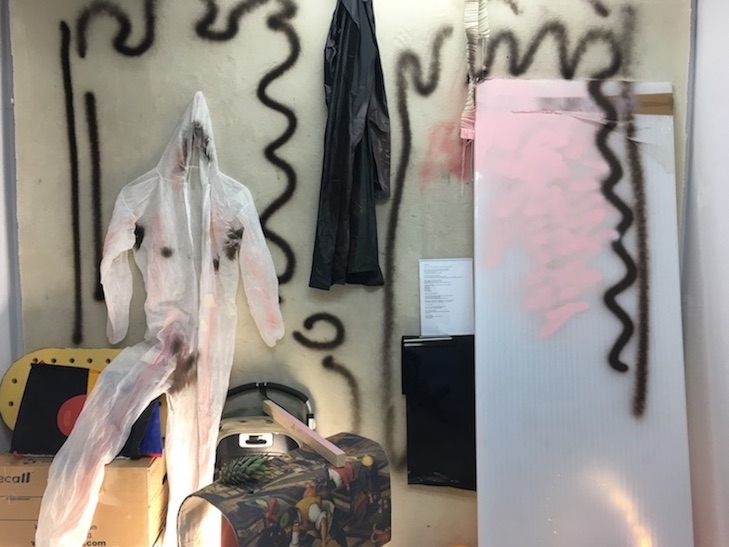 We start our walk with some music. A highlight for this week is the album release «Fallacy» at Rinomina.
«Rinomina» is the Italian word for „rename“. Its exhibition program seeks to show the widest possible range of artistic production, to cultivate artistic freedom. The artists Daniela Baldelli and Markus Lichti met during their studies at the Staatliche Akademie der Bildenden Künste Karlsruhe in Germany. They founded the interdisciplinary art space «Rinomina» in 2015 after a residency at Cité Internationale des Arts.
The curatorial work of Baldelli and Lichti is rooted in their own activity as artists.

«Fallacy» is a show that takes place for one night only and recalls a happening.

The centrepiece of this room-sized installation is the music album «Fallacy», which was recorded and produced in collaboration with the composer Julian Langlois. It is an attempt to make the self-understanding of «Rinomina» tangible. The title of the album links the individual tracks that are made up of different styles of contemporary pop music. The lyrics were written by Markus Lichti and sung by Daniela Baldelli in German, Italian, English and Spanish.
Highly recommended! 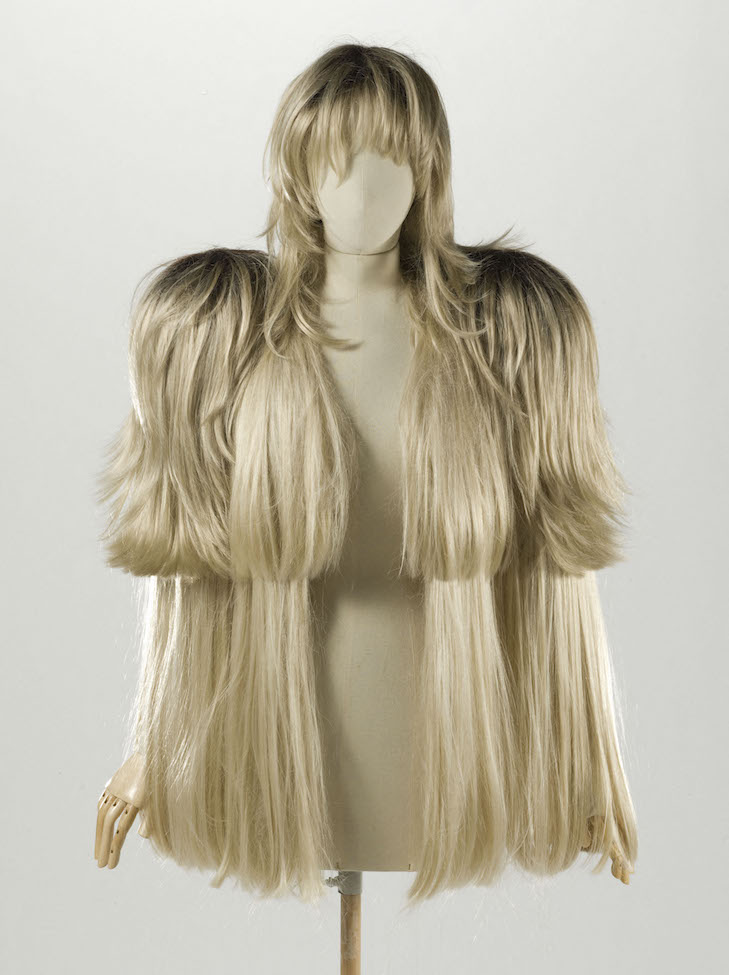 It traces the 20-year career of a designer who`s conceptual approach challenged the aesthetics of fashion during his time.

He deconstructs the garment by exposing the inside and the unfinished parts, or by pushing the scale of a garment to extremes by enlarging the proportions to 200% in his “Oversize Collection”, and his “Margiela shoulder”, a narrow-shouldered silhouette, which he repeated in each collection, triggers an endless play of the imagination that makes you want to change and expand your own daily clothing style. A collaboration between Martin Margiela and Ania Martchenko, the scenography for this exhibition is a site under construction. It gives the sense of wandering through a private space, establishing a close and direct relationship with the garments. The “exhibition” as an object is deconstructed: it is a working proposition about progress unfolding in time, the state of transition, uncertainties and possibilities. 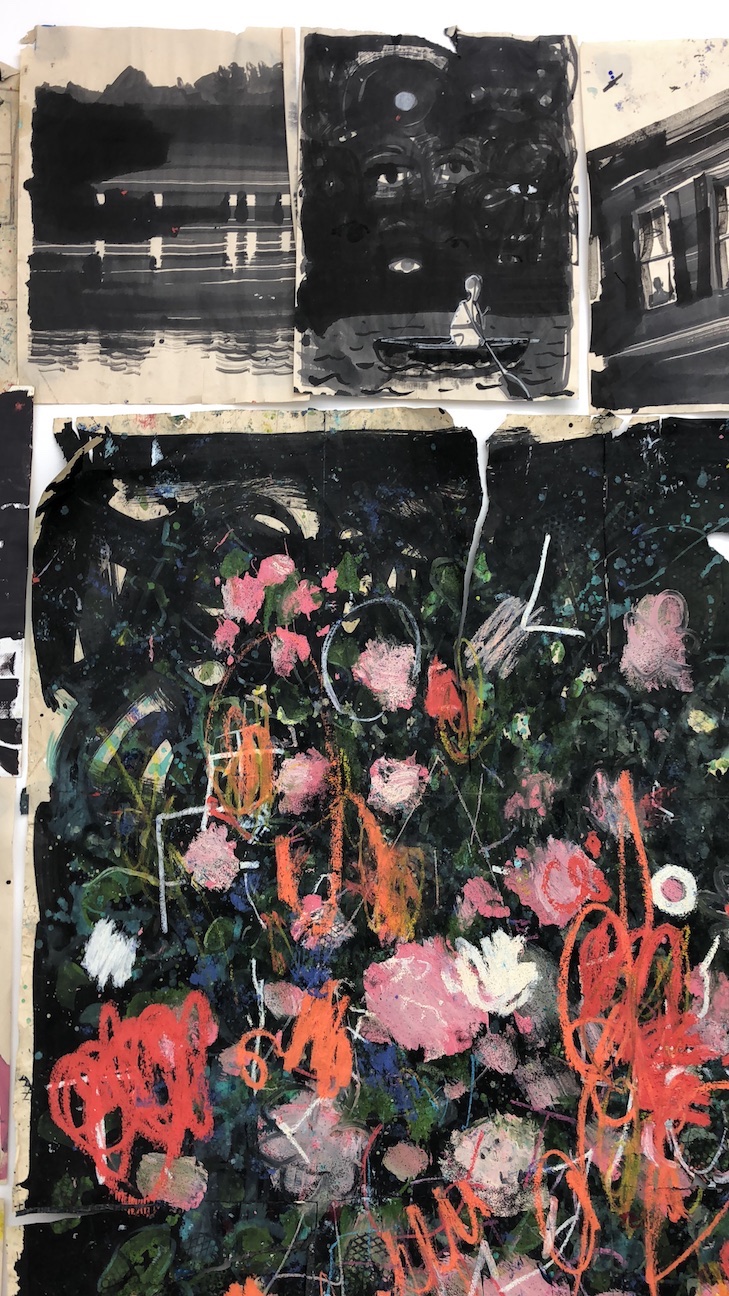 A wonderful exhibition with paintings and drawings by New York-based painter Nathan Zeidman at High Art in the 9th arrondissement in Paris is installed and absolutely worth seeing.

The young artist is through and through a passionate painter and the need to spend every moment of his life painting is clearly noticeable in this exhibition.

The large-format paintings hang everywhere in the room and enter in a completely unconventional way into a dialogue with the beautiful stuccoed walls of the gallery. A proliferation of drawings fill the gallery walls in the other two rooms and can be read as snapshots to art historical interpretations. 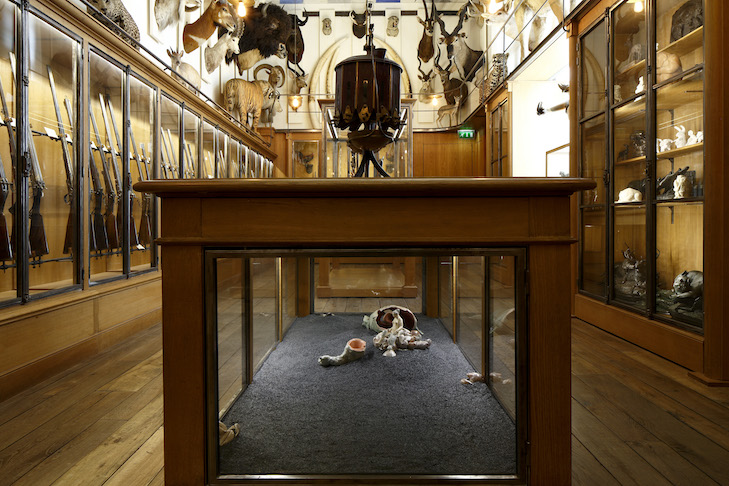 It is always a pleasure to visit the Musée de la Chasse et de la Nature. The collection about hunting and the extraordinary interior is a beautiful and exceptional setting for every artistic intervention.

Invited guests, like Laurie Karp at the moment, create ambiences and a dialogue between the permanent collection and those subtle installations.

French-American visual artist Laurie Karp, who was born in New York and settled in Paris in 1979, brings life to a strangely organic universe. Anatomical fragments, shreds or internal organs, or small carnal shapes give the impression that they are destined for some barbarian feast, and they sketch disconcerting scenes where the relationship between man and beast becomes ambiguous. Laurie Karp`s vision of nature is far from that of an idyllic, unchanging Eden. She sees it as something more theatrical, a tragicomedy where the actors are driven by desire and hunger. 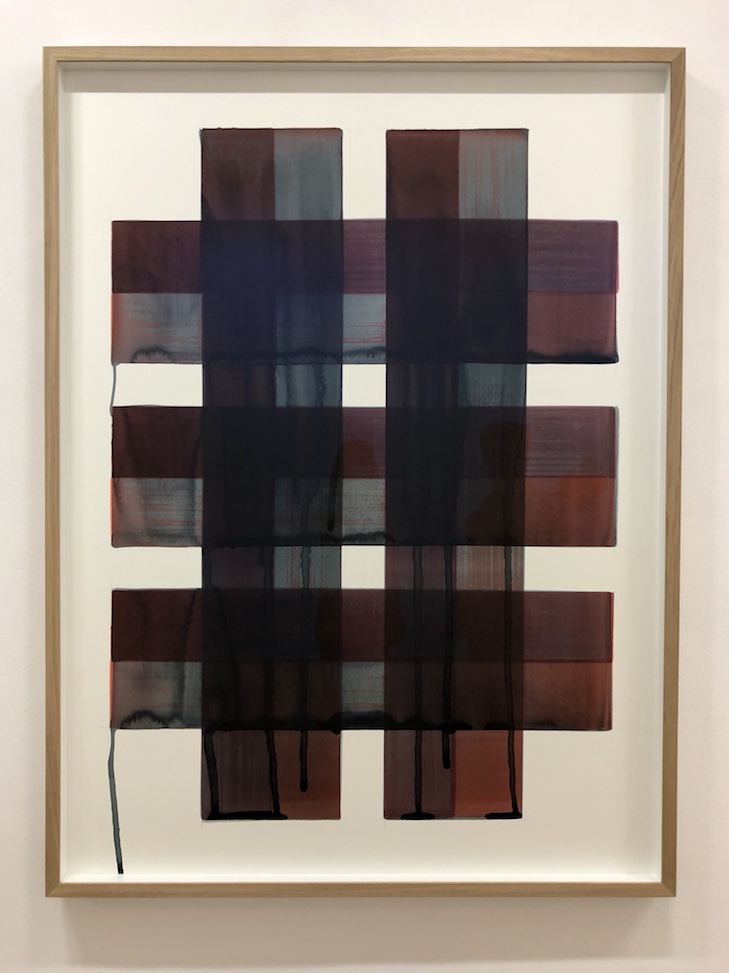 Another beautiful show is on display at the gallery Chantal Crousel.
The Swiss artist Fabrice Gygi shows his large compositions of watercolours with horizontal and vertical lines, which are painted in a single stroke in overlapping layers. They attest to an extreme tension in execution and to the artist’s search for harmony between concentration and rigidity, an effort to achieve ideal self-control in wielding the brush.

Gygi emphasises the inherent power of an object by distilling it to its most minimal essence.

These constructions of basic geometrical shapes strip the object of all sensuality, and each piece exists in a state of absolute balance between perfection and accident, creating constant energy intensified by the living.

Patricia Reinhart’s work has been shown in numerous solo and group exhibitions around the world, such as „Intoto 6“ at the Fondation d’entreprise Ricard in Paris, „Rencontres Internationales“ at Gaité Lyric and Palais de Tokyo in Paris, at Re-riddle in San Francisco and at Haus der Kulturen der Welt in Berlin, etc. Her artistic work was selected by the curator Harald Szeemann for the closing exhibition of the Academy of Fine Arts in Vienna (1999) and by Kasper König for the closing exhibition at the Academy of Fine Arts in Vienna (2000). Patricia Reinhart has received several awards and scholarships, including the “Bau at Camargo Arts Residency Award” from the BAU Institute/USA and
the “Austrian State Grant Visual Arts” from the Austrian Federal Ministry of Arts/AT. She has participated several times in different artist-in-residence programms and her films were shown during Berlin Art Week, Vienna Art Week and Nuit Blanche Paris.