Re-Opening of SAVVY Contemporary in a great new space. One of Berlin’s best performance art spots for African, Asian and Western art. 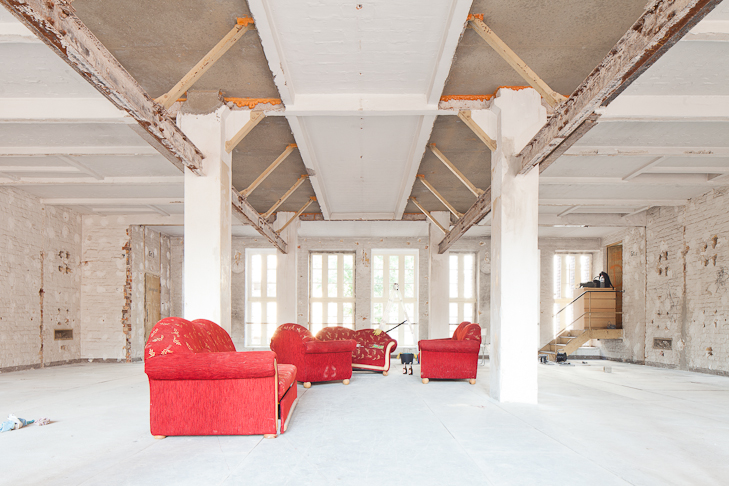 Pre-Opening of the new SAVVY Contemporary

If you talk about Performance Art in Berlin you cannot go around SAVVY Contemporary.

Dr. Bonaventure Soh Bejeng Ndikung speaks as passionate and self-confident about his non-profit art space as you want someone to be passionate about art. But this doesn’t mean he wouldn’t be ambitious about it.

Our new space shall be one of its kind in Berlin if not in Germany.

is his next sentence. And it will.

This Thursday (July 18th 2013), SAVVY Contemporary will invite to the pre-(aka invite only) opening of their new space at the former Rixdorfer Umspannwerk in Neukölln’s Richardstrasse 20. To explore what Bonaventure and his team of 13 have done to the spacious 400 m², a probably very interesting crowd will climb up the stairs in the red brick building (built in the mid 1920s by the famous German architect Hans-Heinrich Müller) to enter a whole universe for performance and other art forms. They will be greeted and treated with performances (of course), live- music and a proper after show party. The official opening featuring two exhibitions will follow on August 10th. 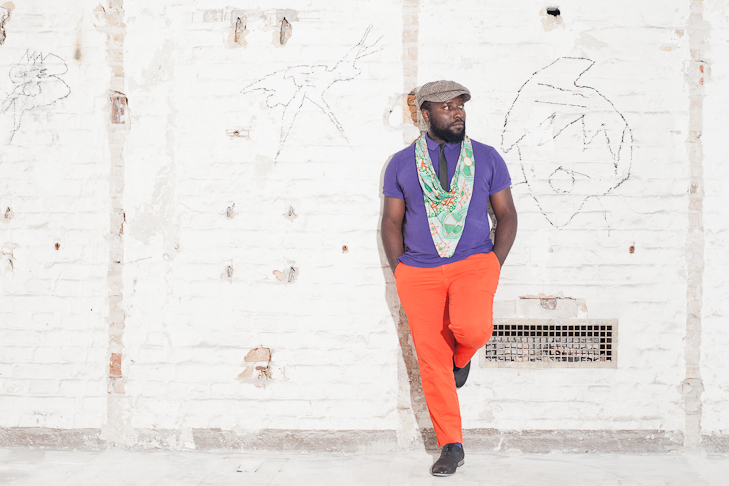 For Bonaventure it is a logical step to move SAVVY Contemporary’s art program that he had started four years ago in a 80 m² building in the same neighbourhood into a larger space with more possibilities for the arts and interaction with it and its audience. This does make sense after 4 years filled with 22 publications, 18 performance events and 15 lectures. This move which was co-conceived by manager Saskia Köbschall will be solidified by the projects he is putting up with co-artistic director Elena Agudio.

Thanks to the brilliant concept proposed by our architect Henning Wiethaus we are positive about transforming and making this former electricity plant functional as an art space.

To stage art in settings that speak for themselves, is actually a talent of the SAVVY Contemporary head. This year, the Senate of Berlin acknowledged SAVVY Contemporary as an art spaces that clicks by awarding them the “price for art project spaces and initiatives”. You will see why when you arrive at the rooms equipped with a rusty Berlin charm. 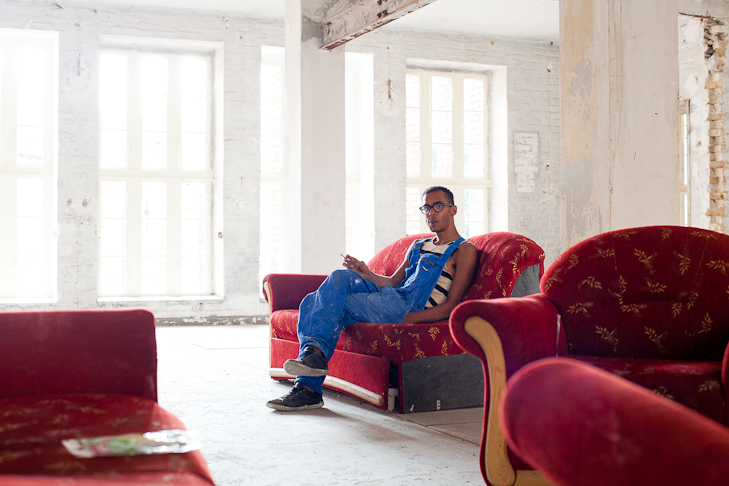 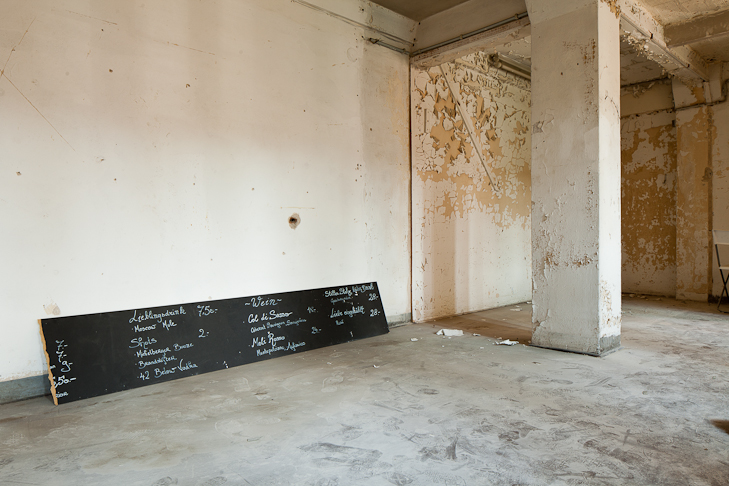 The first one holds a bar and a coffee shop that will be open on a daily basis and is already looking promising – although at our visit last week there wasn’t much finished yet.

In the neighbouring space Bonaventure and his team are setting up a library that will form one of its kind in Germany, as they intend to display art theory and art history books from all 4 corners of the globe. Also, a documentation centre curated by artist Ismael Ogando aims to become THE media centre for performance art. Smartly named SAVVY.doc, it must be paradise for all people interested in performance as an art form. Featuring not only books and videos but also remnants and objects of performances pieces.

Providing an open house to interact with interesting people from the Western and Non-Western (art) world might be one of the inner motors that is driving the SAVVY Contemporary team. We strongly recommend following their invitations to lectures, screenings and parties or concerts. The cellar in the house was created for music you will happily listen and dance to.

The question that remains is: how do you finance a non-profit art space like this?

Is Bonaventure’s answer- Really? Just that?

We are thinking of ways of becoming independent and not really relying on institutions pockets, e.g. selling editions or so. But the resonance is not that rosy. So we are still very much looking for sponsors. We have good experiences and collaborations with the Goethe Institute, the ifa, or Pro Helvetia, but also we have had some corporate funding from the Brewery Wulle for example.

By the way Bonaventure means “I tell you what the future holds” or “Good adventure” – it couldn’t be more appropriate.