Cherish the finally warm nights in Berlin, but also video installations and historical and new architecture? Then we have an amazing last minute tip for tonight! In Yin Yang Su Wha (yin and yang, water and fire) the korean artist Chan Sook Choi explores the hidden energy currents at the Humboldt Forum within the Berlin Palace. The projection can be seen for the last time tonight from 9.30 p.m. to 5 a.m on the east facade of the Humboldt Forum, so don´t miss out!
Bring a blanket, some cooled white wine and a smartphone and you´re all set for a magic Berlin nocturne! 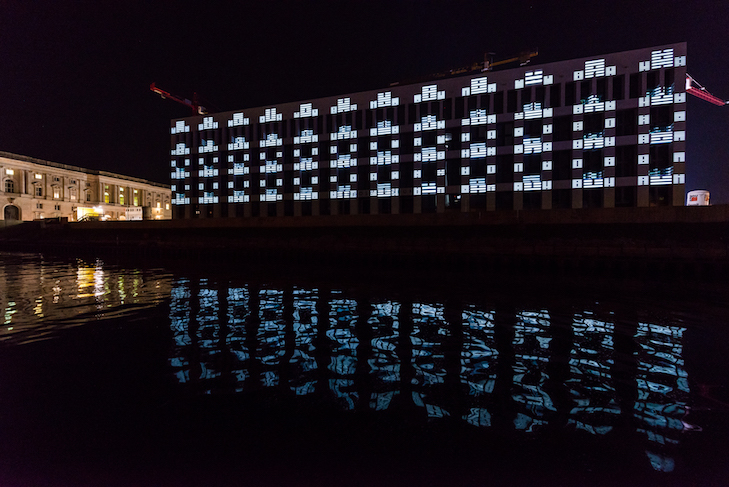 Based of the ancient Chinese theory of the universe, I Ching, Choi makes visible here the energy of yin and yang and the five elements (water, wood, fire, metal, earth), whilte translating their Qi with the help of the electromagnetic movement of 129,600 light particles (photons) in a digital algorithm and projecting it onto the façade of the Humboldt Forum. The flowing signs symbolize becoming, transforming and vanishing while creating perpetual vertical, horizontal and circular movement, disappearing in the next moment and then taking on another form: points and lines, grids and meshes, clouds and swarms. 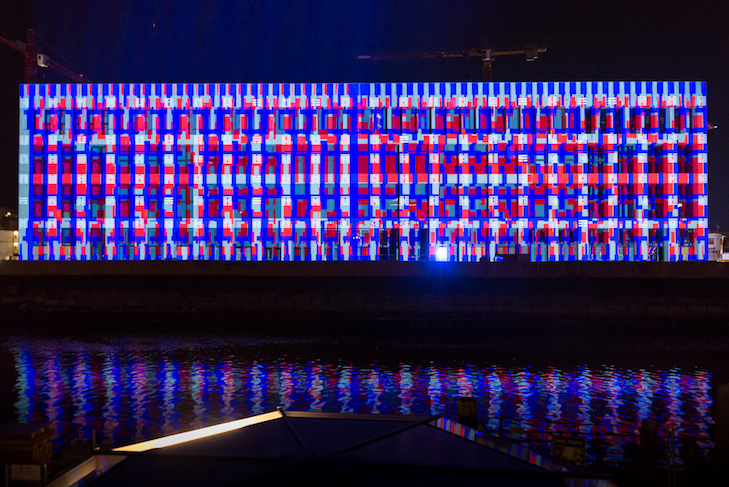 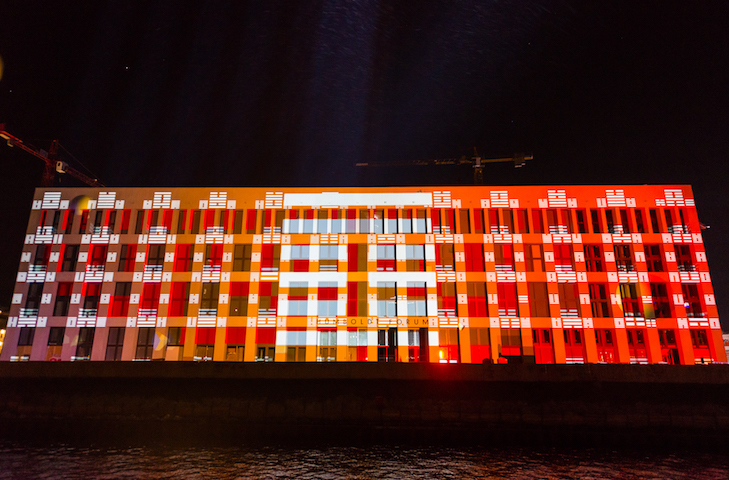 Choi confronts our Western way of thinking with a perspective that searches in materials for the immaterial and discovers within traditional philosophies a value for the relationship between nature and culture, technology and art, and between history and future. Yin Yang Su Wha is a Daoist reflection on our relationship to a particular location and its eventful history. The dynamic currents of Qi and its ephemeral, digital formations inject a new and genuine Asian commentary in the interpretations of the mid-construction Humboldt Forum. 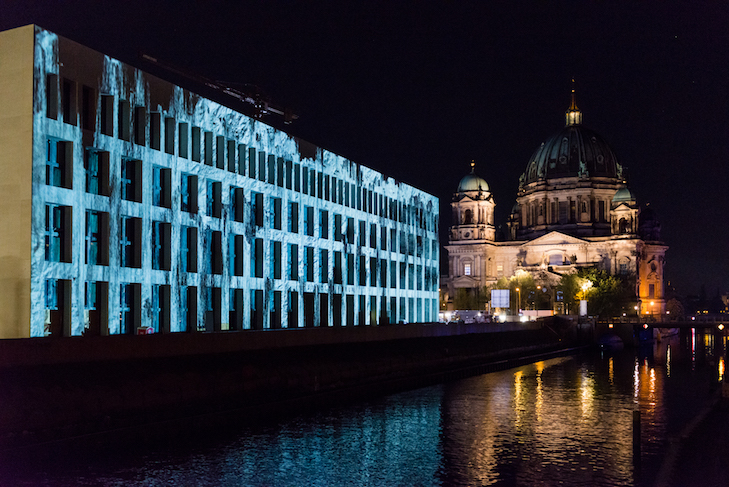 The precise location of her work is the palace’s east façade, which the light of the rising sun first strikes.

VINISSAGE | last viewing option is tonight, the 18th of may from 9.30 pm till 5am

Location: East Facade of the Humboldt Forum in Berlin Palace