Once again ARTBerlin brings to you our best choices to see art this month. Our suggestion this time: Get out of the city and indulge in some nature and art in the lovely suburb of Zehlendorf! 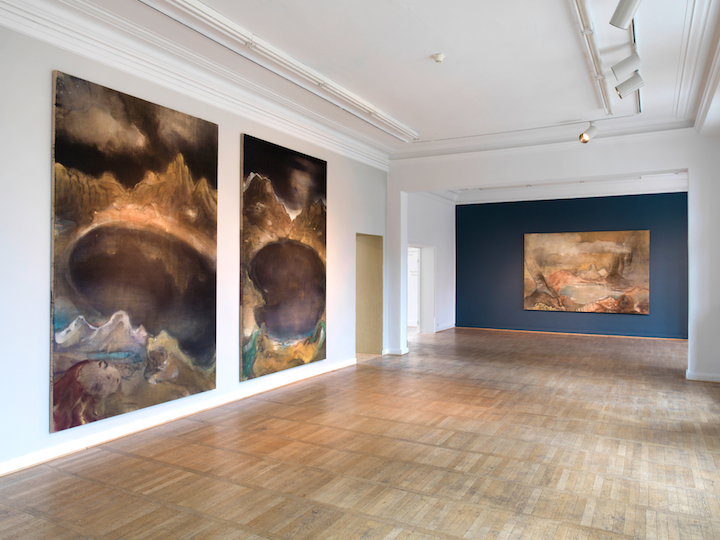 Haus am Waldsee // Leiko Ikemura: „… and suddenly the wind turns”

How can an artist assert herself in these times of globalisation, wars and mass migration? This is the central question for artist Leiko Ikemura, the answer to which she presents in her first institutional solo exhibition in Berlin. Displaying landscapes, faces, figures and plants that were created in the aftermath of her mother’s death and the catastrophe of Fukushima, the artist visualises these socio-political discourses by using a signature subtle and sensitive artistic form. She paints magnificent large scale paintings, as well as using sculpture and photography – common to all of her work though is a distinct melancholy and thoughtfulness.

Leiko Ikemura left her home country Japan to study literature and art in Spain and continued her career in Switzerland until basing her work in Berlin, where she holds a professorship at the University of the Arts. She has in the past studied European art history as source of inspiration and more recently has been exploring less concrete, more metaphorical issues referring back to both European and Asian philosophies. 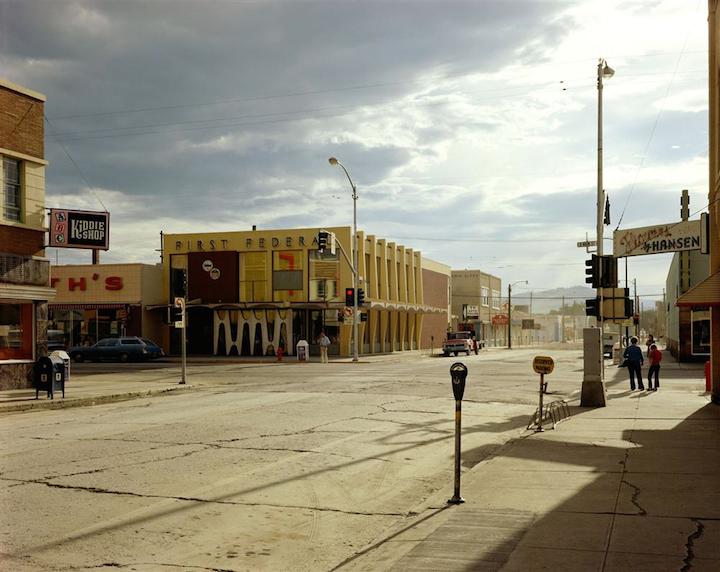 Once again the C/O has honoured a photographic genius with an extensive retrospective bursting with visual delights – this time its Stephen Shore. Called the “chronicler of the unspectacular”, Shore has spent his career documenting, observing and reflecting on the structures underlying our human existence and society. Life, culture, human interaction manifest themselves in everyday objects and situations, which Shore has captivated with great aesthetic subtlety.

Having begun his career in New York in the 1980’s and developed his artistic vein in Andy Warhol’s Factory, his first photographs documented this time of personal, artistic and political change. Later he created series made during road trips through the US, or switched to landscape photography or depictions of eerily deserted urban environments. The constant through all of his work is change, always reinventing his photographic stance when it became academically accepted by the art world. Today he is an established point of reference for documentary and narrative photography. But who know’s what he might do next? 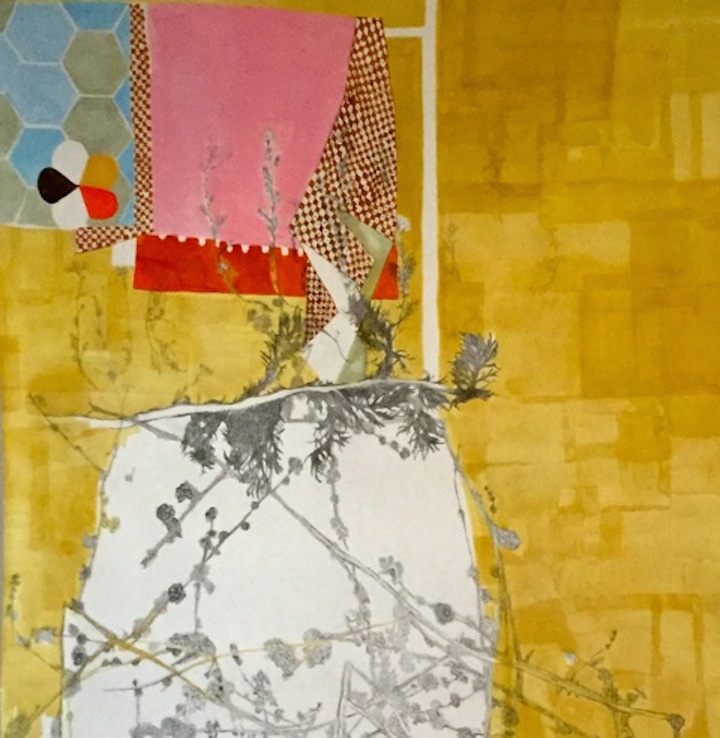 Detel Aurands work on exhibition at the Botanical Museum, courtesy of the artist

Spring is on its way, but not yet really, right? Those of us who are craving for a little warmth and tropical summer feeling should head down to Zehlendorf to the Botanical Gardens. The greenhouses make the winter-weary Berliner forget the cold outside and shed his jackets in the damp tropical rainforest, bevor taking a walk in the 43 hector large gardens outside.

As if the magnificent display of plants and vegetations weren’t art in itself, the exhibition in the Botanical Museum presents the art work of Detel Aurand as well. The artist from Berlin studied at the FU, right near the gardens, but started painting instead of pursuing a career in politics. Today she also works three dimensionally, creating huge geometric installations, inspired by a fascination of the line. This characteristic line also guides her work on paper, most of which is abstract, but reminds the viewer of flowers and patterns in nature. For her exhibition she has deliberately used the collection of the botanical gardens as point of reference. 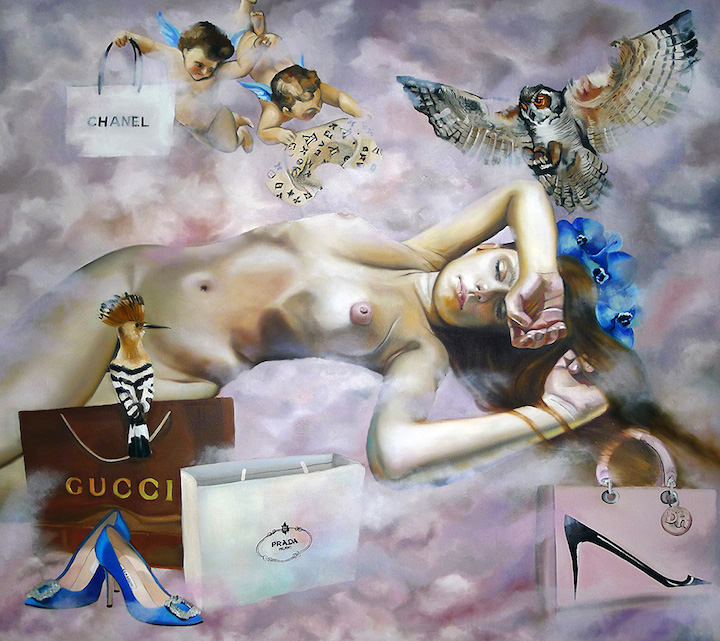 Screaming pinks, delicate clouds, deep, luscious greens and all kinds of everyday objects come together in Justyna Kisielewicz’s photorealist paintings to create a hyperbole of modern consumer society. Her paintings are loud, daring, over-saturated and self-involved – just like media and social media. Kisielewicz, a polish painter, who only recently graduated from art school (2011) parodies media aesthetics, the super-smooth, immaculate bodies and surfaces. She often makes herself the subject of the picture, poking fun at the selfie culture of facebook and instagram.

What distinguishes her artistic position from simply depicting and exaggerating capitalist iconography, is her reference to art history and mythology. In one image an owl, symbolising wisdom, pushes its way through fluffy clouds, a consumer heaven littered with Gucci bags and shoes. In the center lays a naked woman, like a goddess in a renaissance painting, angels bearing more gifts for her. She not only mixes common motifs from devotional art and art history, but has also adopted the painting of the renaissance masters, painstakingly mixing her own colours. The time it takes the artist to create these large-scale masterworks from scratch is in stark contrast with the speed of image production and circulation on the internet and in the media.