We’re back! Starting this month ARTBerlin once again gives you our selection of Berlin’s must-see exhibitions. Including all the ones which you might have missed without this shiny new recommendations list.

Up first is “Beautiful Mind. A Gem for Cranach”  – the result of asking contemporary jewellery designers to reinterpret Lukas Cranach’s Renaissance paintings. On occasion of the his 500th birthday the designers partook in a competition initiated by the art trust of the federal state Saxony-Anhalt.

Out of the 146 submissions, 51 works are displayed in the Kunstgewerbemuseum. They each reveal an intimate understanding of Cranach the jounger’s formal abilities and semantics of the Renaissance period. Born into a painter family, the artist was schooled in the style of his father, Lukas Cranach the Elder, who led a renowned workshop in 16th century Wittenberg. In the midst of the Reformation period in Germany, the Cranach family was close to Martin Luther and became responsible for many of the new protestant movement’s woodcuts and representational paintings. 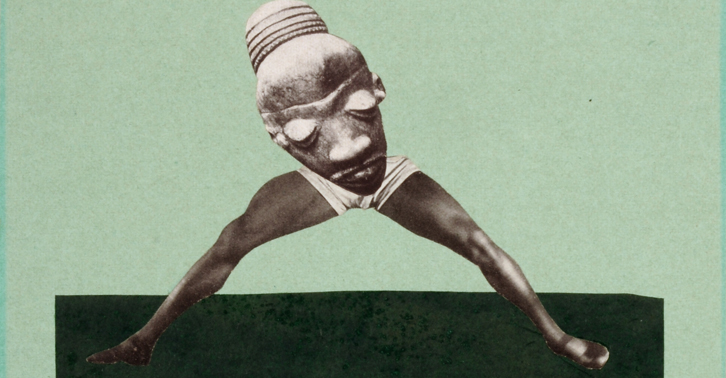 Berlinische Galerie // DADA Africa. Dialogue with the Other

In Picasso’s seminal work “Les Demoiselles d’Avignon” the figures are angular and the faces resemble african masks more than womens faces. It is one of the groundbreaking works of modern art and displays the seeding interest in african art within the tight knit community of avant-garde artists in Paris. Coming from a century of overburdening academic and institutional art, they, especially the DADA movement, sought to question every artistic rule in the book. The so-called primitive, unschooled and raw african sculpture, painting and music inspired painters like Picasso to question the European paradigm in western art and appropriate non-western visual culture.

The exhibition is divided into four parts: dadaist acoustic experiments (language and music), dadaist modes of display, a section about ritual and magic and a section covering the tender topic of cultural appropriation. Each art work is juxtaposed with their artefact of inspiration producing a clear dialogue between non-western and dadaist art. For example wenn Sophie Taeuber-Arp’s costumes are displayed next to Hopi Katsina dolls, or Hannah Höch’s ‘From an Ethnographic Museum’ collages alongside the Khmer goddess Uma, which is featured in Höch’s collage. 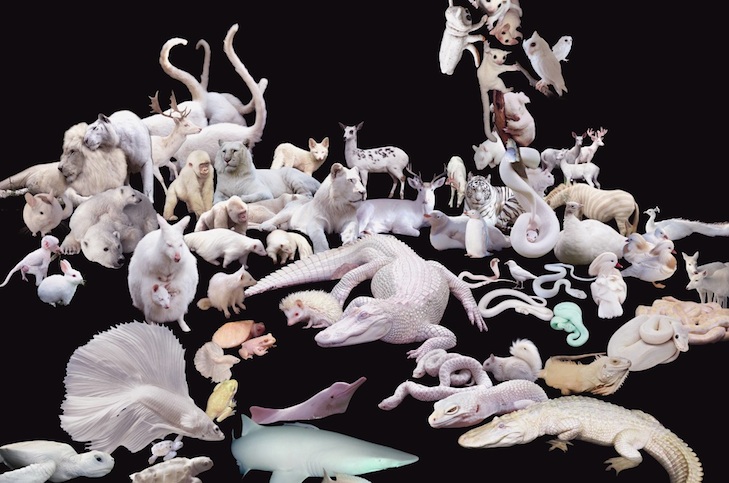 When the feminist anthropologist Donna Haraway coined the term ‘naturecultures’, she appealed to human kind to abandon the unproductive division between human and natural world. Building on this thought, the curators from the Art Laboratory in Berlin have curated an exhibition featuring different artistic positions towards homo sapiens relationship with nature.

Mostly photographic works are presented by three artists, Katya Gardea Browne, Brandon Ballengée and Pinar Yoldas (about whom ARTBerlin.de will be publishing an article in the coming days), whereas the latter also presents her work of speculative design. The exhibition is on for one more month and close in time to make room for the foundations Art Week special.

A gap in Germany’s museum panorama is finally being filled with the first comprehensive exhibition dedicated to art produced in the GDR. For the longest time east-german artists had largely been ignored due to the artistic repression to which artists had been subjected. However the socio-political situation in which artists had to cope is historically unique, separate from the western criteria of financial success and formal modern art – and therefore fascinating from an art historical perspective.

The exhibitions point of departure is the year 1976, the year when one of the GDR’s leading musicians was forced into exile by the SED. This resulted in a wave of political awareness in artists  and musicians circles and theatres. A network of underground artists, that ignored and subverted the ideology of socialist realism, actively worked against the SED’s iron grip on cultural life in the GDR.

After that think about refreshing your eyes in William Kentridge’s NO IT IS exhibition, also at Martin-Gropius-Bau. The south african artist, whose work was only recently exhibited in Berlin alongside Dürers woodcuts, is an internationally renowned graphic, video and performance artist. Accordingly the exhibition shows a wide variety of media spanning drawings, films and performance lectures. A special keyhole into Kentridge’s artistic practice are the two ‘cabinets of curiosities’, which recreate his studio space including engravings by Dürer, Goya and Hopper paintings, as well as his own sketches.