Robert Fry is known as one of the most promising talents of the new generation of British artists. Among his collectors are Charles Saatchi and Mario Testino. 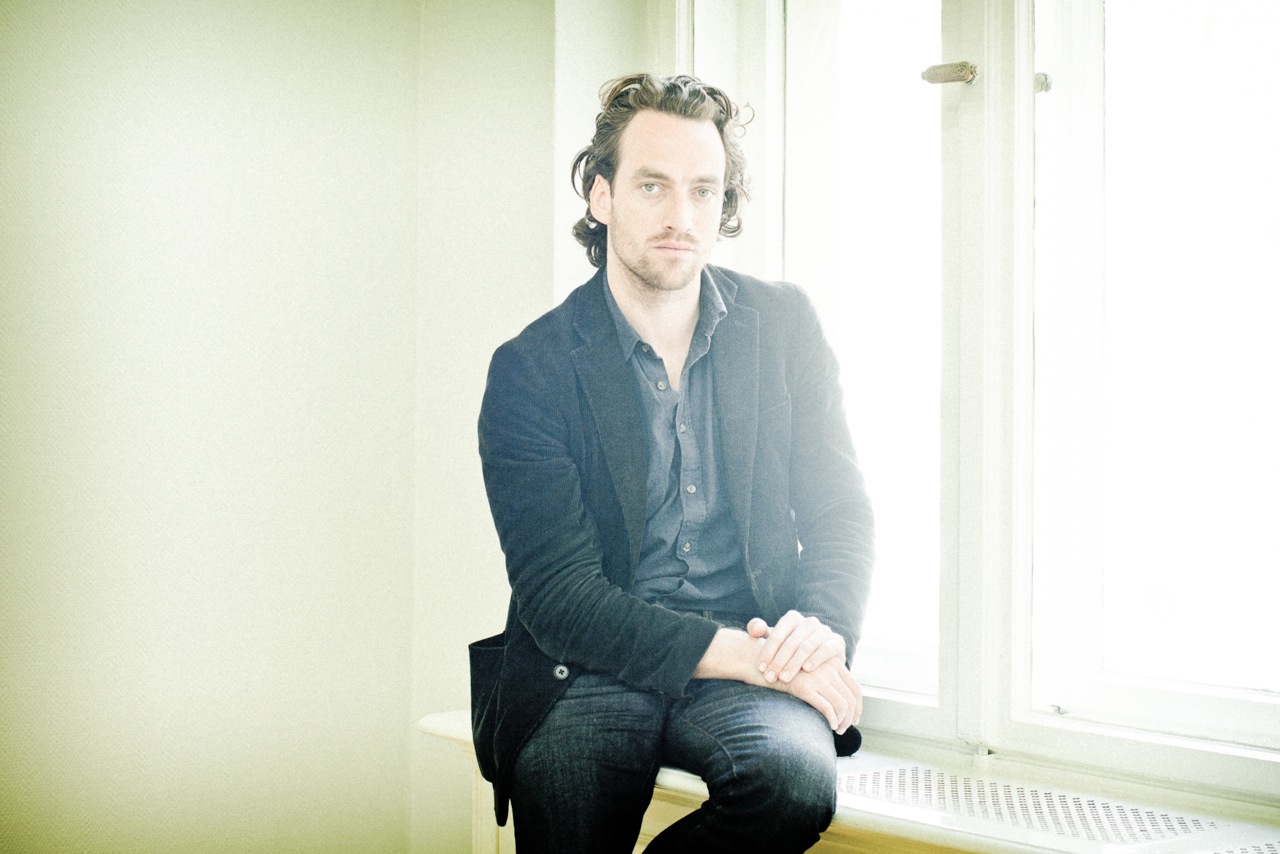 Robert Fry had his first solo show in London in 2008. Collectors such as Charles Saatchi and Mario Testino showed interest and Fry is today known as one of the most promising talents of the new generation of British artists.
When we enter Fry’s current solo show ROBERT FRY (ongoing till November 16th, 2013) at Galerie Kornfeld in Berlin, we are confronted and impressed by the devotion and talent of the young painter (33) who lives and works in London. The 18 paintings and etchings are burning with a hypnotic intensity. Part of the series RED, PURPLE STUDIES and the newest one RELATED STUDY, they are dark in tone but often play with the so difficult to paint colour purple. The artist works with up to six different materials in his oeuvre. Using Marker pens, oil, Acrylic, Enamel and Gloss paint he creates different layers and a more-dimensional depth.

Robert, you started your career as a painter when the art world claimed painting as dead. How did you get into painting and how did you feel at this time?

I believed in painting at this time and, despite the prevailing view, I had an instinct that I felt comfortable and also uncomfortable with painting.  When I say ‘uncomfortable’, I mean the possibilities within painting as a practice made me restless and uneasy and this propelled me forward.

When I studied Fine Art I was one of two painters in an art department of 45 students. There was consistent emphasis to pursue many fine art practices but painting was not favoured. I painted despite this.  As a result, I found myself constantly justifying my choice to paint.  In fact, this was ultimately beneficial as the constant scrutiny enabled me to contextualize my practice.

Many of the themes that are central to my practice emerge from inner experience. These themes are in part manifested in the paintings. The delivery and pursuit of these inner experiences through painting can be testing. In my case producing the paintings is the most difficult.

Which story does your exhibition at Kornfeld tell and how did you put the work together?

The figure has always been a starting point in my work. The exhibition at Galerie Kornfeld extends on from the early etchings of 2005, the Drawing Room studies, and Purple Studies. Works from the ‘Related series’ and the ‘Red series’ are exhibited in the show.

MOVING OUTSIDE OF THE COMFORT ZONE 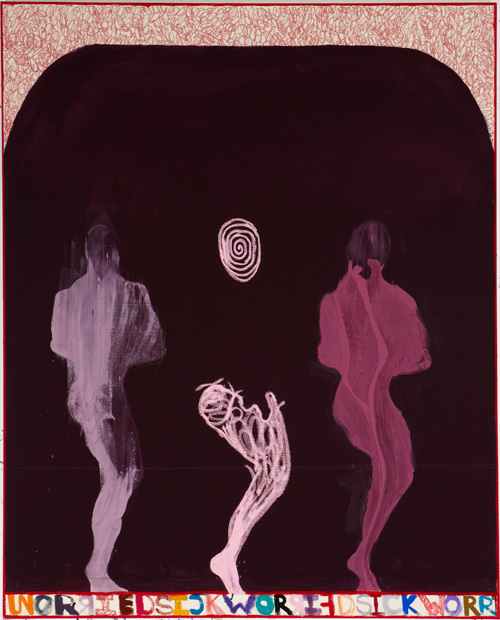 What was the most challenging piece in this exhibition for you?

The painting, The Body Builders Study 1.  I moved outside of being comfortable in how I paint. In retrospect it demonstrates and stands out as the work that shows the most risk. I think as a painter it’s crucial to challenge the boundaries of your practice and to take risks with your work.

What is on your mind right now – after the opening of the exhibition?

I started working towards this show in January.  Seeing the works being installed and attending the opening was a real highlight: the culmination of a year’s work and the product of a successful collaboration with Galerie Kornfeld.  Since then I’ve taken some time away from the studio and am planning my projects for 2014 and beyond.

The nude male body is often in the center of your large in size work. What is your driving force for exploring the male body?

Exploring the human condition in painting seems most possible to me when working with the naked human form. The male figure dominates my work at present and this is probably because the work is, in part, autobiographical. For sure, there is an intense if not tense dialogue going on between your protagonists – where does the tension come from?

In an attempt to answer your question often there is some confusion in the perception of the figures in the paintings in particular with the ‘the Red Series’. In the lines of naked figures present within the ‘Red series’ these figures are not representing their part in a metamorphosis but rather, a single figure is depicted, captured in multiple personality states. Often two figures are depicted on a single canvas. In some of the paintings it is my intention to describe a single figure in dialogue with another personality of themselves.  This idea really stemmed from the Drawing Room Studies of 2009. 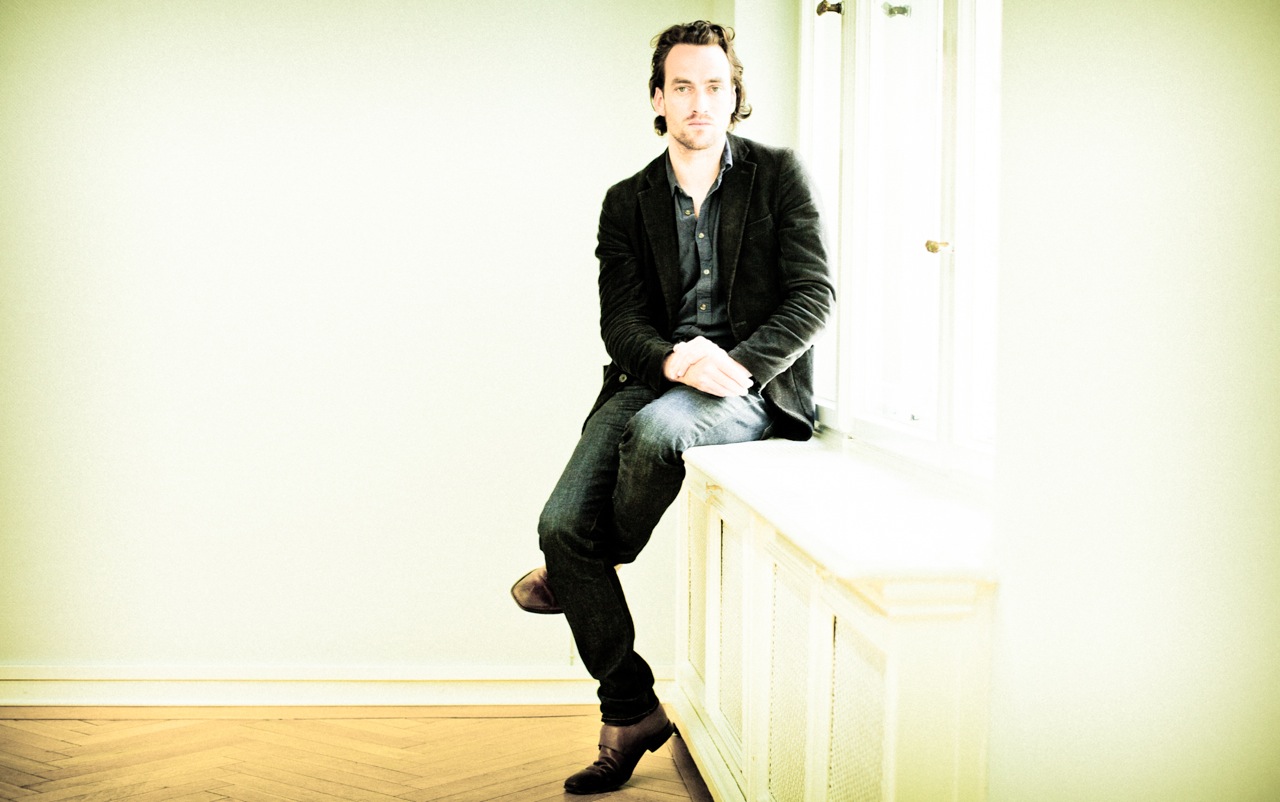 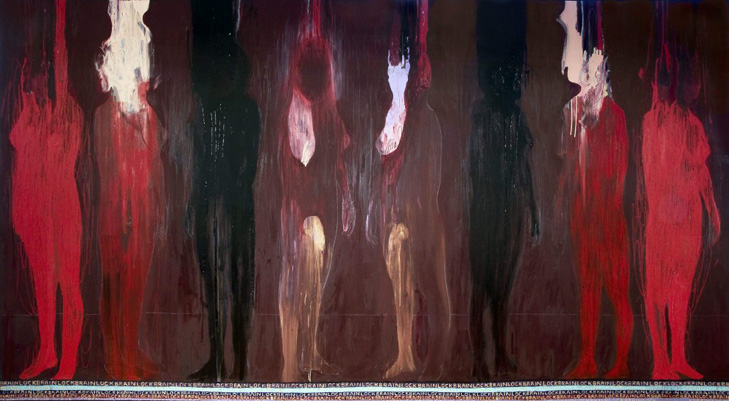 RED 1 – one of your so far biggest paintings (3,5 m in length) – you mentioned it meant a major breakthrough for you.

I was able to extend many of the ideas and imagery present in the Purple Studies (which was the preceding series of paintings) and incorporate them into a much larger scale. I had conceived the idea for Red 1 almost like I saw the finished painting in my mind before I started it. I never had or have had since then this kind of innovative experience.

You once said that you are interested in conveying a strictly brutal picture of the human condition – is this still the case?

No. I think if I could expand on that I meant I was interested in trying to see beyond a kind of veneer of the human condition. In painting I want to use the human figure as a starting point to look deeper into the human psyche, to try and unravel some of the complexities of it.

Most of you series are called by the dominance of their colour and simply numbered – Why don’t you give them titles? 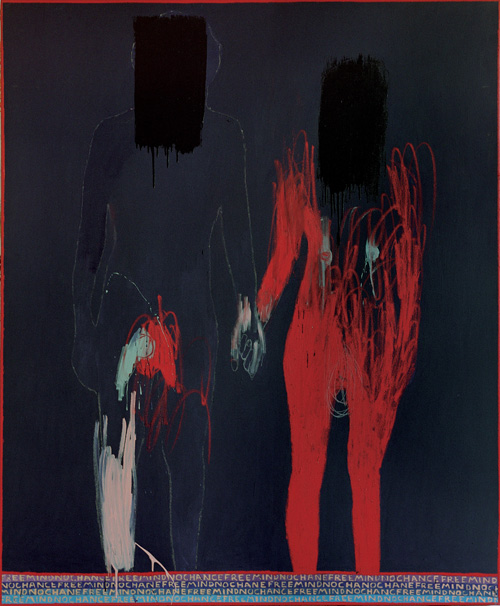 Can u tell us what the use of the different materials mean to you and for your work?

You said that you aim to create works that come from nowhere. How do you get yourself in this state of mind where you truly create from nowhere?

When I said that I think I meant the following: The risk of making a painting which is derivative of former works seems to be greater the more work an artist produces. I look back over work I made in the past and the paintings that I understand come from ‘nowhere’ are the most interesting to me. ‘Red 1’ was like this. The etchings I made in 2005 where like this. I had never produced a dry point etching on zinc plate that had any of the elements and composition that is present in that body of work.  I am still yet to understand how one could consistently reach this point in any creative practice.